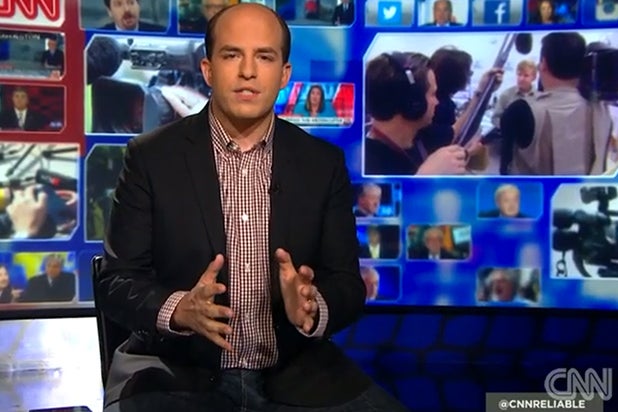 During the final segment of his morning news program, Stelter defended the “Fareed Zakaria GPS” host, saying he is being unfairly singled out.

“Earlier this month anonymous bloggers who call themselves Our Bad Media accused one of my colleagues, Fareed Zakaria, of plagiarism — stealing other people’s words and passing them off as his own,” Stelter said. “I disagree with a lot of what the bloggers are alleging,” he added before admitting that Zakaria does have a “perception problem.”

Also read: CNN Ordered to Rehire 100 Workers, Compensate 200 Others by Labor Board

“Zakaria’s program made some attribution mistakes — a small number to be fair,” Stelter said. “The closer you look, the less it looks like ‘capital-P plagiarism.'” But when you zoom out, there is a perception problem.”

Still, Stelter said he continues to have faith in his colleague. “I trusted Zakaria before these allegations and I still trust him after studying all of it.”

Our Bad Media recently went after Zakaria alleging that he had “ripped others off” and used the material on his CNN show.

The group cited 12 different instances in which it believed that Zakaria had lifted passages and passed the material off as his own for assignments at Time Magazine, CNN and The Washington Post.

On Tuesday, CNN President Jeff Zucker told Politico that the cable network stands behind Zakaria. “We continue to have complete confidence in Fareed,” Zucker said.

Stelter agreed, essentially saying Zakaria is a victim. “These anonymous people are waging a campaign against Zakaria, not just against his CNN work, but his columns and books too.”

This is not the first time Zakaria has faced plagiarism accusations. In 2012, he apologized for plagiarizing passages of a Time Magazine column on gun control from the New Yorker.

Zakaria, Time’s editor-at-large, admitted in a statement that he had made “a terrible mistake.” During the controversy, Time said it would suspend his column for a month while his work was reviewed.

Hours later, CNN issued a statement saying it had suspended the journalist after finding similar “unattributed excerpts” in a post on his Global Public Square blog.

Time described the incident as “isolated,” and CNN said, “we found nothing that merited continuing the suspension.”