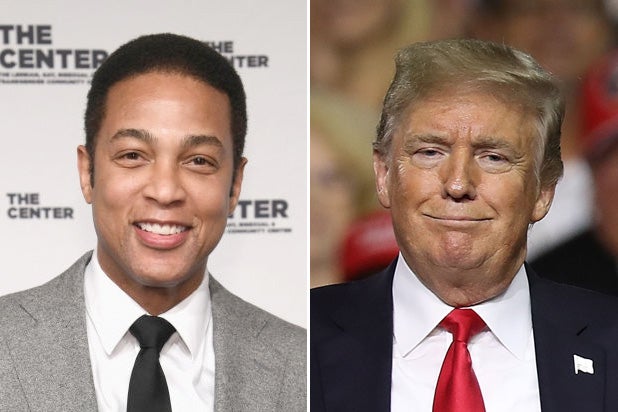 CNN host Don Lemon hit back at President Donald Trump on Saturday just hours after the commander in chief dissed him as “the dumbest man on television” over his Friday night re-aired interview with NBA star LeBron James.

“Who’s the real dummy?” Lemon tweeted, attaching a link to his interview in which James discussed the new school for at-risk youth he launched in his native Akron, Ohio. “A man who puts kids in classrooms or one who puts kids in cages?”

The latter is an apparent reference to the Trump administration’s much-criticized treatment of refugee families entering the U.S. across the Southern border.

Trump called Lemon “the dumbest man on television” who “made Lebron [sic] look smart, which isn’t easy to do.” Then he added, “I like Mike!”

“Mike” apparently referred to Michael Jordan, the 1980s-90s basketball star most often cited as James’ rival for the title of Greatest of All Time.

Lebron James was just interviewed by the dumbest man on television, Don Lemon. He made Lebron look smart, which isn’t easy to do. I like Mike!

Earlier this week, James attended the opening of a new public, non-charter elementary school in Akron funded by his family foundation. The school opened with an initial group of 240 third- and fourth-graders; by 2022, it is expected to educate children in first through eighth grades.

The LeBron-Trump beef is nothing new. Back in June, James roasted Trump after the Super Bowl champion Philadelphia Eagles were un-invited from a White House visit.

“I know no matter who wins this series,” said James, referring to the then-in-progress NBA finals, “no one wants to get invited anyways, so it won’t be Golden State or Cleveland going.” Nothing but net.