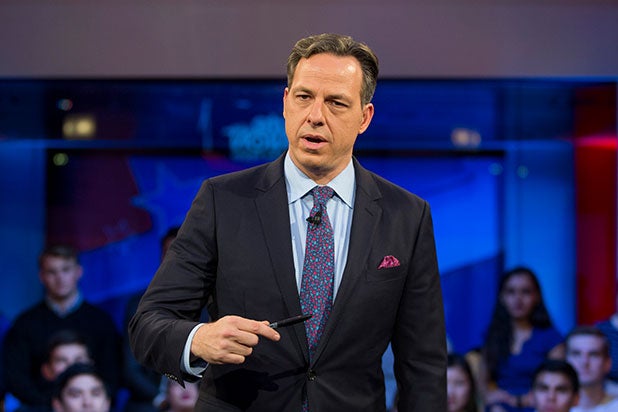 CNN’s Jake Tapper suggested that President Trump will be “bothered” by recent Jeff Sessions controversy overshadowing the positive media coverage of his joint address to Congress earlier in the week.

Just yesterday, Trump’s address to Congress was being praised by mainstream media. Even Van Jones, the CNN political commentator and outspoken critic of President Trump, said he “did something extraordinary, and that people who wanted Trump to remain a “divisive cartoon” should be worried after the speech.

During his January confirmation hearing before becoming Attorney General, Jeff Sessions was asked what he would do if “anyone affiliated” with the campaign had been in contact with the Russian government. Sessions said he’d not communicated with them.

On Wednesday night, The Washington Post was the first to report on a private meeting between Sessions and Russian ambassador to the US. Sergey Kislyak, which took place in the senator’s office last September. The discussions could fuel new congressional calls for the appointment of a special counsel to investigate Russia’s alleged role in the 2016 presidential election and the suspected hacking campaign, according to the Post.

All of the sudden, the news media isn’t talking about Trump’s speech anymore, as it seems the Attorney General lied under oath when asked about contact with Russian officials.

“I don’t think it’s a coincidence that this came the day after Donald Trump got his best press coverage ever,” MSNBC’s Joe Scarborough said on Thursday. “That’s the way Washington works.”

Elizabeth Warren and other prominent politicians and media members have taken to Twitter to express outrage over the news. The Massachusetts Senator called for Session to resign and warned, “This is not fake news.”

Tapper also tweeted that his information was “based on convos with sources around POTUS.”