The 2017 Coachella Valley Music and Arts Festival is already underway, with the camp grounds opening on Thursday morning (April 13). The music won’t begin until mid-day on Friday, where 162 acts will play each of the next two weekends.

Before the first guitar strings start echoing across the Empire Polo Grounds in the 90 degree heat two hours east of Los Angeles, here is TheWrap’s first look at what’s new at the 18th installment of the preeminent American music festival. 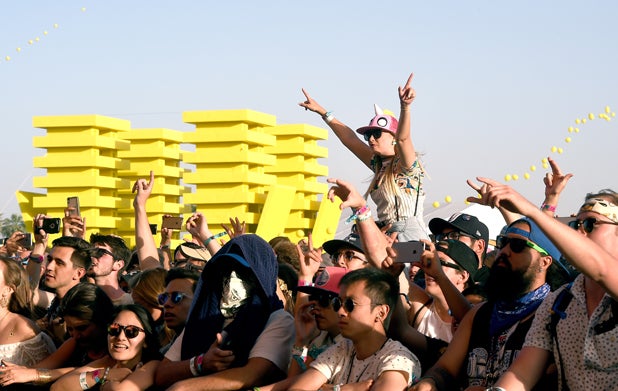 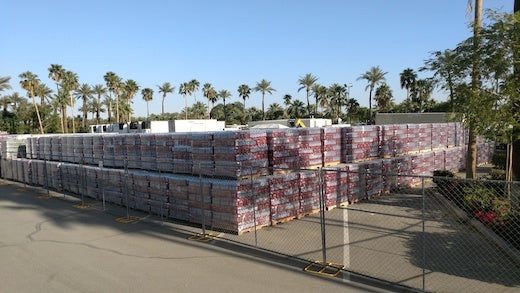 A water pallet city was stacked up outside the festival grounds on Wednesday, April 12.

2. The New Stage: The Sonora

No. Really. Who is this?

For months, fans speculated on the size, location, name, and programming of AEG/Goldenvoice’s new stage.  Would it be a single-genre tent like the dance-music Sahara? Perhaps a second Sahara tent to dilute the crush in the frenetic tent that had an Entertainment Weekly radio host reveal that she “feared for her life” in there?

Days before the festival, Coachella revealed the Sonora stage.

It will feature punk, indie, and world artists, with many Spanish-language artists. Basically, it’s all of those no-name bands at the bottom two lines of the Coachella lineup poster.

On the plus side, they kept the “deserts of the world” naming convention for the new stage. The Californian/Arizonan/Mexican “Sonoran” desert joins the portfolio that includes the Mojave, Gobi, Yuma, and Sahara tents.

Antarctica is now represented at Coachella too. (Yup, that’s a desert.)

The “Hacienda del Toro” (“Bull Estate” in english) is a three acre plot on the east side of the fields. On all other weekends, couples rent it for weddings. Along with the traditional VIP area next to the Main Stage and the more lush and country club-esque Rose Garden VIP, the Hacienda del Toro now provides a third way to escape the GA hoi polloi. 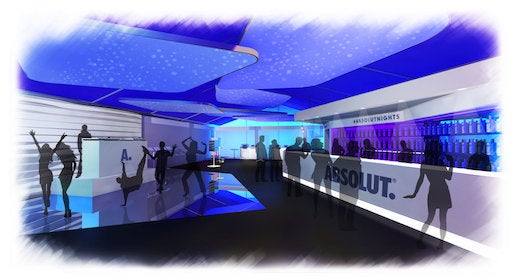 Nestled between the Main Stage and Outdoor Theatre, Absolut has created a VIP enclave called “Absolut Limelight.” Inside, there will be a “lush bar” wrapped in a lime tree while mixologists sling free cocktails featuring their newest flavor. Importing some of their Swedish chill, the vodka hosts have air conditioning (phew) and free wifi.

The festival map marks all bathrooms with the gender neutral stick figure portmanteau. 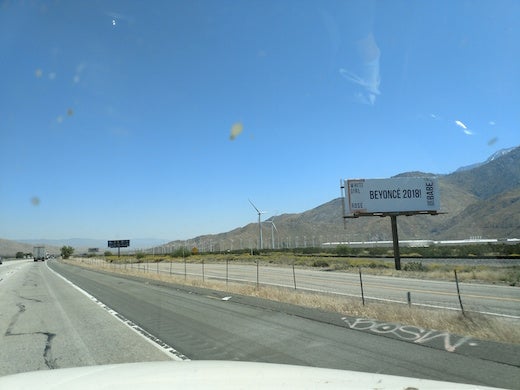 Somebody is already getting ready for next year. Billboards from management teams wishing their artists luck, Vegas nightclubs Hakkasan and Omnia promoting Memorial Day Weekend lineups, and EDC’s own festival dot the I-10 east from Palm Springs. (Mikey Glazer)

With 26,000 more people hiking down dusty paths at closing time, we’ve been bracing for a repeat of the departure fiasco that has plagued exhausted festival fans at prior Coachellas and at EDC outside Las Vegas. We asked Uber to allay our concerns.

Thankfully, they’ve been working with the Indio Police Department behind the scenes.

The goal: to speed up the departure process. There will be dedicated inbound and outbound Uber routes  to ease congestion. The rideshare company has also secured more lot space for pickups and annexed new adjacent lots as staging grounds.

You can’t #DeleteUber at Coachella, nor do you want to. They’re the only rideshare company on site. So enjoy their free water, bathrooms, free internet, and seating while you wait.

When in doubt, go for the pricier Uber SUV and pack in the whole squad. 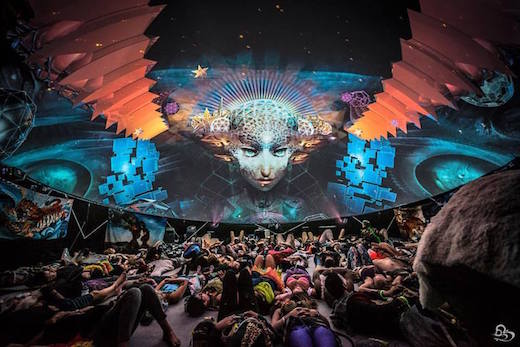 Inside the Antarctic Dome, HP will power a 360-degree sensory experience designed to “electrify the cortex in a group setting.”

The group setting is an 11,000 square foot audio-visual work of art programmed by Android Jones, the artist who has projected visuals on to the Empire State Building and created the visuals for the Grateful Dead’s “Fare Thee Well” shows last summer.

In the HP Lounge, you can create a custom bandana on new HP x360 laptops, step in to a set to capture yourself in 120 degrees with an HP 360-light booth and create your own mixed reality experience (even while sober!) in real time.

Drake showing up is somewhat of an open secret around Indio. The question is: With who?  He owes the Coachella crowd a solid after a lackluster headlining gig in 2015.

Utility player G-Eazy has singles out now with both Dillon Francis and Kehlani, both on the bill. Further evidence: G-Eazy is playing a host of side parties around the weekend.

Finally, Miley Cyrus’ little sister Noah has a hit with helmet-clad EDM star Marshmello. The man in all white will close out the Sahara tent. If he wanted to “bigfoot” the simultaneous Kendrick Lamar performance, he could take off his helmet and reveal his long-rumored identity for the first time. 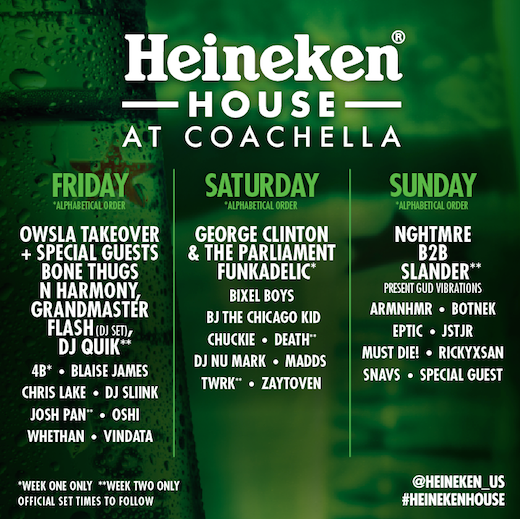 Over the year’s Heineken has evolved from a “dome” to a full-on house party within the grounds.

Because AEG leaves this lineup off of the main “set times” guide for the festival, it’s easy to blaze by that throbbing white indoor complex on a run to the bathrooms.

A cult favorite party within the larger Coachella footprint, this is worth a few hours of your time, even if your poor taste in music means you’re only there for the free water. The sustainable dance floor inside this year will be connected to lighting inside the space. The more people dance, the brighter the lights will get.

If you make it through the line, you can see big names in a small space. It’s only for those over 21. Go see Skrillex’s OWSLA takeover on Friday, Grandmaster Flash, and Chuckie,a criminally underrated big room DJ.

Least Insightful Prediction Alert: George Clinton and the Parlianment Funkadelic will be back at Coachella on Sunday night on stage with Kendrick Lamar after their two hour set in the Heineken House on Saturday. They worked on the Compton rapper’s new album.

The front row always matters, even if it's not a fashion show. Influential fashion trade the Daily Front Row lived up to its name with a knockout lineup at it's 4th annual Fashion Los Angeles Awards at the Sunset Tower in West Hollywood on April 2.

Kim Kardashian, Nicki Minaj, and Fergie made a close-knit troika. Minaj took selfies during the presentation of awards to stylists and trendsetters.