Pre-sale tickets will go on sale at 11 a.m. PDT Friday, June 14, months before the lineup is revealed or even booked. It won’t matter — the pre-sale sells out every year. A secondary general sale follows after the lineup announcement in January.

On face value, prices have dropped from 2019 levels. A general admission band will now cost $399 (down from $429) and VIP bands “come down” from $999 to $929. These prices are “before fees,” which are unclear at this time, so the total out-of-pocket spend could climb back up to previous levels. Coachella producer Goldenvoice has previously advertised a flat all-in pricing menu.

Early birds can lock in their tickets a day earlier (June 13) by buying a package of festival passes with a hotel stay via Valley Music Travel. 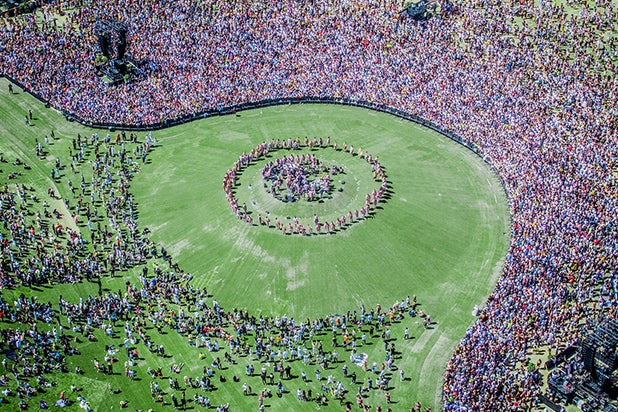 The 2019 edition may be best remembered for Kanye West’s “Sunday Service,” a multi-hour gospel jam carved out of quiet Easter morning time period on a custom-built mountain. It looked and sounded like nothing else in the festival landscape. Because Easter falls on the first weekend, producer Goldenvoice could and should develop this “holy” window as one of the festival’s signatures, even if Kanye doesn’t want an encore.