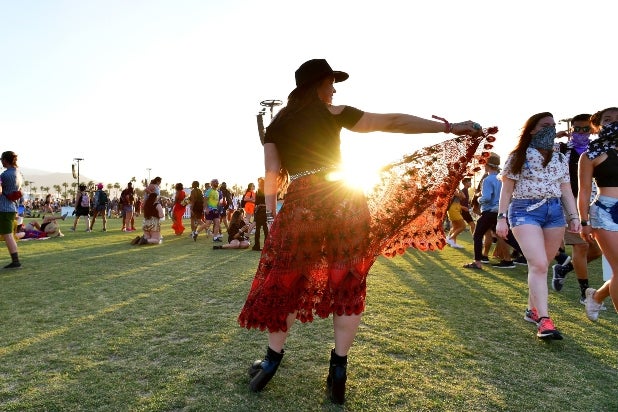 Coachella Valley Music and Arts Festival and Stagecoach were postponed on Tuesday amid growing concerns over the coronavirus. The dates for Weekends 1 and 2 have been moved to October 9-11 and October 16-18.

This year’s festival — which would have taken place at the Empire Polo Club in Indio, Calif. — was slated to begin on April 10.

Goldenvoice issued a statement on Tuesday providing further details on the postponement of both festivals.

Also Read: 2020 Coachella and Stagecoach Festivals May Be Delayed or Canceled Due to Coronavirus Worries

“At the direction of the County of Riverside and local health authorities, we must sadly confirm the rescheduling of Coachella and Stagecoach due to COVID-19 concerns. While this decision comes at a time of universal uncertainty, we take the safety and health of our guests, staff and community very seriously. We urge everyone to follow the guidelines and protocols put forth by public health officials,” Goldenvoice wrote.
“Coachella will now take place on October 9, 10 and 11 and October 16, 17 and 18, 2020. Stagecoach will take place on October 23, 24 and 25, 2020. All purchases for the April dates will be honored for the rescheduled October dates. Purchasers will be notified by Friday, March 13 on how to obtain a refund if they are unable to attend.
Thank you for your continued support and we look forward to seeing you in the desert this fall.”

The scheduled nightly headliners for Coachella included  Rage Against the Machine, Travis Scott and Frank Ocean. Stagecoach, one of the nation’s biggest annual country music festivals, was to follow on the same grounds in Indio April 24-26, with Carrie Underwood, Eric Church and Thomas Rhett in the headline slots.

It’s unclear which acts will perform on the rescheduled dates. All agents had been notified of the postponement in the last 24 hours.

Coachella and Stagecoach join the growing list of events that have been canceled in the wake of the coronavirus scare. SXSW pulled the plug March 6 on its big event in Austin, Tex. and Google canceled its biggest event of the year on March 3.