Swedish House Mafia and The Weeknd are set to replace Kanye West in the lineup for Coachella after he dropped out of the music festival early this week just weeks before he was meant to perform.

Swedish House Mafia was already confirmed for the festival but was previously listed on the first lineup poster in a special, undated slot. And The Weeknd is a respectably supersized addition to slot in alongside fellow headliners Harry Styles and Billie Eilish. Together they’ll play on the closing nights of the two-weekend festival on Sundays April 17 and 24 in Indio, California.

“I’m so looking forward to this moment with Swedish House Mafia and The Weeknd finishing out the Sunday night slot this year,” Paul Tollett, president/CEO of Coachella promoter Goldenvoice, said in a statement. “Coachella has a special relationship with Abel and I’m so thankful to have this upcoming performance with these iconic artists all on the same stage.” 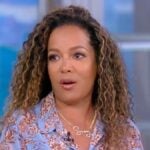 Swedish House Mafia, which is made up of trio Axwell, Steve Angello and Sebastian Ingrosso, was reuniting for Coachella after last doing a surprise set in 2018, all ahead of their first official debut album, “Paradise Again,” later this month. They did previously collaborate with The Weeknd on his song “Moth to a Flame.”

Swedish House Mafia is also returning to Coachella after first performing there 10 years prior in 2012.

No reason was given for Kanye West pulling out of Coachella, but the rapper has had a tumultuous last few weeks that resulted in him being a no-show to the Grammys and even getting a temporary suspension from Instagram.