A state of nirvana might be hard to reach, but  you can try to get there while living in Kurt Cobain’s old house.

The Nirvana frontman’s Seattle home is now up for sale for $7.5 million. The property, which was first built in 1902, later became an infamous piece of rock ‘n’ roll history on April 5, 1994, when Cobain shot himself inside the home’s greenhouse.

Courtney Love — who lived their with her husband Cobain and their daughter, Frances Bean — had the greenhouse torn down after the singer’s death. She later sold the home in 1997 for $2.9 million, according to CNN.

The home has four bedrooms and four baths and covers 8,212 square feet, according to a listing from Ewing and Clark realtors. The property’s estimated monthly payment is about $38,000 and its annual property taxes run more than $52,000. The listing does not provide the home’s exact address or pictures of its interior. It does include several pictures of its exterior, with one revealing a view of Lake Washington behind a well-manicured backyard.

Here’s one look at the house: 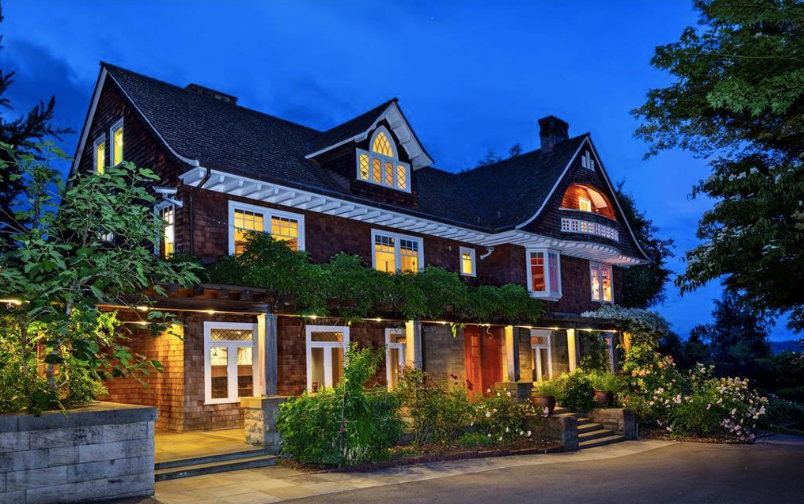 (via Ewing and Clark realtors)

Also Read: Courtney Love: 'I Was Banned by CAA for Speaking Out Against Harvey Weinstein'

Cobain founded Nirvana alongside bassist Krist Novoselic in 1987. The band rocketed to fame in the early ’90s on the strength of their 1991 album “Nevermind,” helping to usher in the grunge movement alongside other Seattle acts like Alice in Chains. Cobain was 27 when he passed away in 1994.