Another Marvel alum is returning for a Disney+ series. Cobie Smulders will reprise her role as ex-SHIELD agent Maria Hill on the upcoming Disney+ series “Secret Invasion,” TheWrap has learned.

Smulders last appeared in the Marvel Cinematic Universe in “Spider-Man: Far From Home” (though it was revealed she, along with Fury, was a Skrull in disguise), and has also appeared in all four “Avengers” movies, “Captain America: The Winter Soldier” and the ABC series “Agents of S.H.I.E.L.D.” 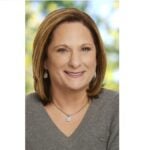 She also recently starred as conservative commentator Ann Coulter on FX’s “Impeachment: American Crime Story.” She also starred in ABC’s short-lived “Stumptown” and it probably still best-known for her role as Robin Scherbatsky on CBS’ long-running hit “How I Met Your Mother.”

Deadline was first to report on Smulder’s involvement in “Secret Invasion.”

Written by longtime Marvel powerhouse Brian Michael Bendis, the 2008 “Secret Invasion” crossover comics event revealed that the Skrulls — the shapeshifting aliens seen in “Captain Marvel” and “Spider-Man: Far From Home” — had secretly infiltrated Earth several years before and managed to capture and take the place of several prominent Marvel superheroes. Taking advantage of the relative chaos after the events of “Civil War,” the Skrull notched up some significant wins until they were eventually defeated by a coalition of Earth’s heroes and supervillains.

The Disney+ version is expected to largely follow a similar plotline.

“Secret Invasion” joins a bunch of other Marvel series for Disney+ including the ongoing “Hawkeye,” “Ms Marvel,” “She-Hulk,” “Moon Knight,” “Ironheart,” “Armor Wars,” “Echo,” “Agatha: House of Harkness” and second seasons of “What If…” and “Loki.”