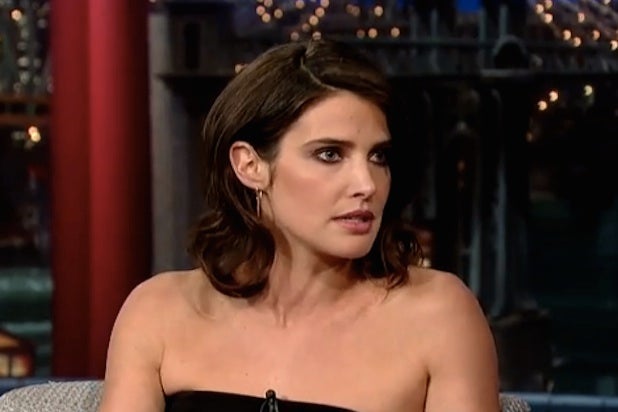 Cobie Smulders stopped by “The Late Show With David Letterman” Monday night to dish on secrets from behind the making of  CBS’ “How I Met Your Mother” finale.

The actress, who portrayed Robin Scherbatsky during the show’s run, revealed the show’s ending was actually filmed in 2005.

“They had actually planned the ending during our pilot,” Smulders explained to Letterman. “They shot some scenes with the two children–who are now in their mid-20s!”

Also read: ‘How I Met Your Mother': 6 Standout Moments From the Series (Video)

Letterman celebrated the actress’s work on the show.

“Nine seasons in the world of television, that’s an amazing accomplishment!” Letterman flattered. “The real reason to watch is you of course,”

“That’s very kind of you!” she exclaimed.