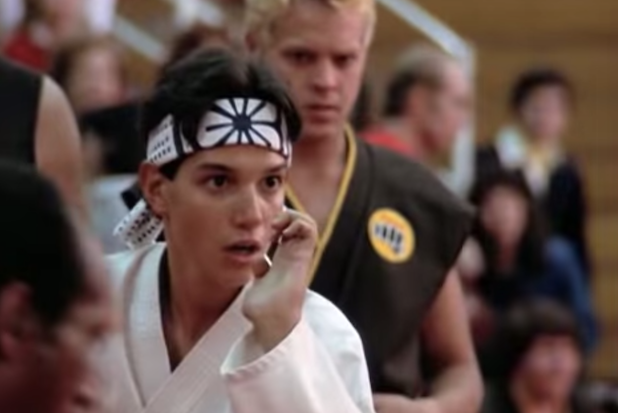 YouTube’s “Cobra Kai” is full of flashbacks and callbacks to “The Karate Kid.” There is one perfect piece of audio nostalgia that hasn’t been implemented into the sequel series yet — and star/executive producer Ralph Macchio tells TheWrap it may never be.

“‘The Best Around’ is the one piece that the three writers always toy with, and it’s the one place they feel — to this point, now, who knows seasons down the line — to this point, it has been parodied and used so much that it would take you actually out of the show,” Macchio told us of the All-Valley Karate Tournament anthem. “Like, it is the line in the sand of when the nostalgia or the Easter eggs or the callbacks could go too far and hurt the fabric of the show.”

It won’t hurt to remember the classic Joe Esposito ditty during the classic ’80s-movie montage below.

“I would still keep [‘Best Around’] in the back pocket and maybe there’s a way to find in a place you would never expect,” Macchio said. “Maybe as an instrumental in the back of a restaurant or something where only half the audience gets it.”

There is precedent for covers of ’80s songs rocking “Cobra Kai.” The series’ “Cruel Summer” update is “just a f—ing awesome cover,” in Macchio’s words — not that we disagree.

How much does Macchio dig that version? “I am pushing Sony and the writers, like, ‘This needs to be released again,'” he told us.

Keep an eye on iTunes.