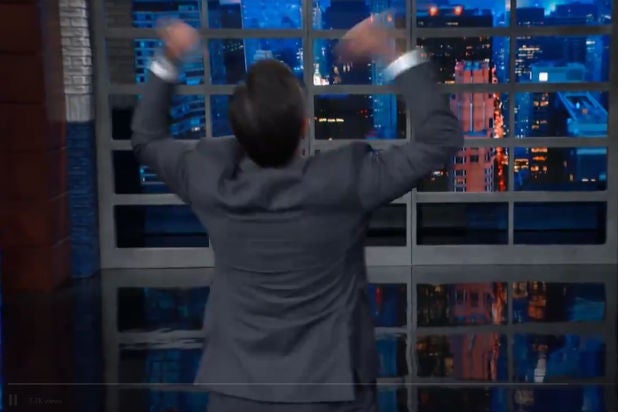 On Wednesday’s “The Late Show,” Stephen Colbert took a deep dive into Robert Mueller’s congressional testimony and came away stunned — first, by Mueller’s actual nickname, and second by Mueller’s apparent inability to dumb things down for people who aren’t lawyers.

“Aye, anot for nothing but Bobby Three Sticks is keeping an eye on Big Donnie Fish Lips, head of the Trumpbino crime family. Rumor has it Donnie Fish Lips is in cahoots with Vladdy No-Shirt.”

Colbert then talked about the moment when Rep. Jerry Nadler, the New York Democrat, asked Mueller to explain his findings in “plain terms… so the American people can understand it,” only for Mueller to answer that “the findings were that the president was not exculpated for the acts that he allegedly committed.”

“C’mon! Come on,” Colbert responded. “Exculpated? Did you not hear the guy say ‘so the American people can understand it?'”

Colbert argued that in order to really explain things clearly, Mueller should “just use America-talk. By which I mean emojis. Orange. Handcuffs. We need simple slogans. You know, ‘Nike: Just Do It'; ‘Wheaties: Breakfast of Champions'; ‘Trump: The Worst a Man Can Get.'”

Watch the whole clip below.