On Monday it was announced that the next time Jeff Bezos goes into space on his vanity penis rocket, he’ll be taking a bona fide space celebrity with him: “Star Trek” legend William Shatner. Later in the day, Stephen Colbert used the cold open on “The Late Show” to mock that weird news with a pretty fun “Star Trek” parody that imagines an earlier encounter between Shatner and Bezos.

So like always, the Colbert take on this news kicked off with a recap of the story using clips from TV news programs. Then came the gag, which repurposed scenes from the classic “Star Trek: The Original Series” episode “Who Mourns for Adonais?” In it, the Enterprise crew come across a strange anomaly, which of course turns out to be Bezos’ “New Shepard” rocket, which as we mentioned earlier really, really, really looks like a penis.

The ship fires yellow beams at the Enterprise, from it’s uh, front, and you can guess what they looks like. But of course, in case you didn’t catch it, a line of redubbed dialogue says “it’s holding us in its stream!” 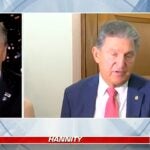 Then Captain Kirk suggests that Sulu “try rocking the ship, full impulse power, forward and back.” To this, Uhura (redubbed) asks “Captain, are you sure you want to rock a ship shaped like a penis forward and back?”

Finally, Mr. Spock notes a “most curious development,” which turns out to be, according to a redubbed Scotty, “a giant testicle.” But of course the giant testicle is really just Jeff Bezos’ head, floating in space.