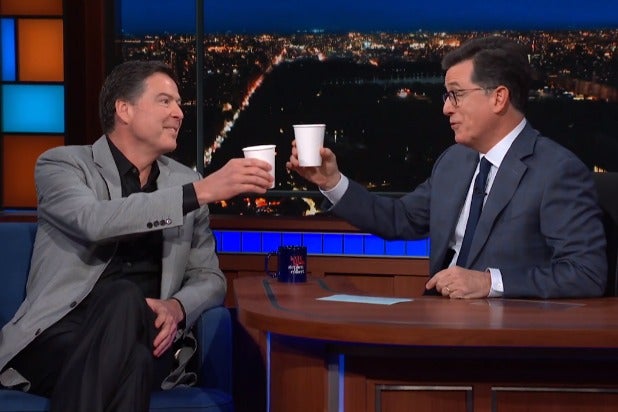 Starting at 11:35 p.m., the sitdown posted a 3.5 rating/9 share for Colbert’s program that evening, and a 0.6/4 in the advertiser-coveted 18-49 demographic, according to preliminary data from Nielsen’s metered markets. That second number marked the program’s highest-rated Tuesday in the key demo for the season.

The highly-anticipated interview also gifted “The Late Show” with its biggest lead over NBC’s “The Tonight Show” (1.8 percent) since its premiere back in September 2015 (which saw a 2.5 percent over Jimmy Fallon’s late-night program).

You can see Colbert’s full 32-minute grilling of Comey here.