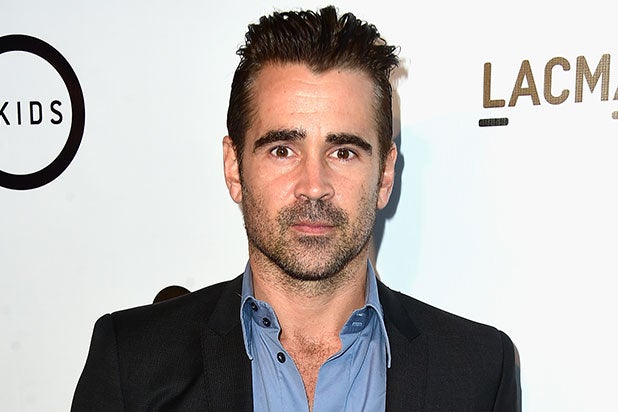 Colin Farrell is in talks to join Denzel Washington in Dan Gilroy’s legal drama “Inner City,” an individual with knowledge of the project told TheWrap.

Gilroy (“Nightcrawler”) will write and direct the film, which will be co-financed by Cross Creek and Charles King’s Macro and Lone Star Capital. Sony acquired the package, and Jennifer Fox is producing with Escape Artists’ Todd Black and Cross Creek’s Brian Oliver.

In “Inner City,” Washington plays a liberal lawyer named Roman J. Israel who suddenly takes on the role of the law firm’s frontman when his partner has a heart attack. Soon, he discovers secrets of the law firm. Farrell will play another attorney in the firm.

Farrell’s most recent credits include “The Lobster,” “Solace” and “Fantastic Beasts and Where to Find Them.” He will next star in “The Killing of a Sacred Deer” and “The Beguiled” costarring Nicole Kidman, Elle Fanning and Kirsten Dunst.

Washington is currently nominated for an Oscar for his leading role in “Fences,” which he directed and starred in opposite Viola Davis. “Fences” is also nominated in the Best Picture category. His recent credits include “The Equalizer” and “The Magnificent Seven.”

Farrell is represented by CAA, PMK BNC and LBI Entertainment.