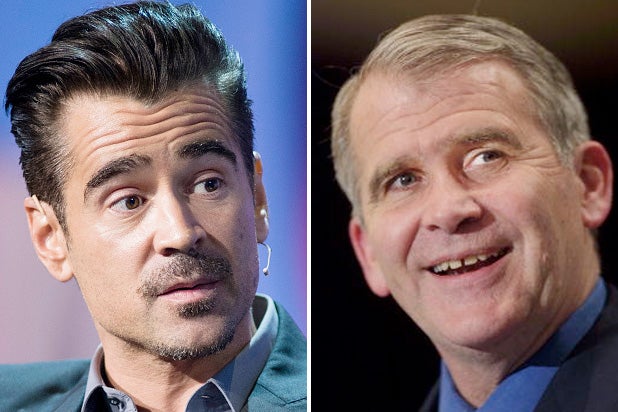 Colin Farrell is returning to TV with a starring role in Amazon’s new limited series about the Iran-Contra affair, TheWrap has learned.

Farrell will play former U.S. marine Oliver North, who was integral in the 1980s scandal involving sales of U.S. weapons to Iran through back channels and profits being distributed to Contras in Nicaragua.

“The Lobster” director Yorgos Lanthimos is reteaming with Farrell on the project. Enzo Mileti and Scott Wilson are writing the script.

“Great projects can stand out for the filmmaker, the talent or the pure originality of the storytelling. Brilliant projects like this stand out by virtue of having all of those elements,” said Joe Lewis, Head of Comedy, Drama and VR, Amazon Studios, in a statement. “We’re excited to be making stories with Yorgos, Colin, Ben, Nicky from Enzo and Scott’s incredible scripts.”

“I’m really excited to be working with Colin again on something quite different to what we have done so far,” added Lanthimos. “I look forward to joining forces with Ben and Nicky, who had an excellent casting idea and saw the potential of the material early on and Amazon, who has embraced the project with great enthusiasm. It makes me very confident and excited to be working on a script which although based on relatively recent history, feels very fresh and relevant to our times.”

Farrell and Lanthimos previously worked on films “The Lobser” and “The Killing of a Sacred Deer” together. They are both represented by CAA.