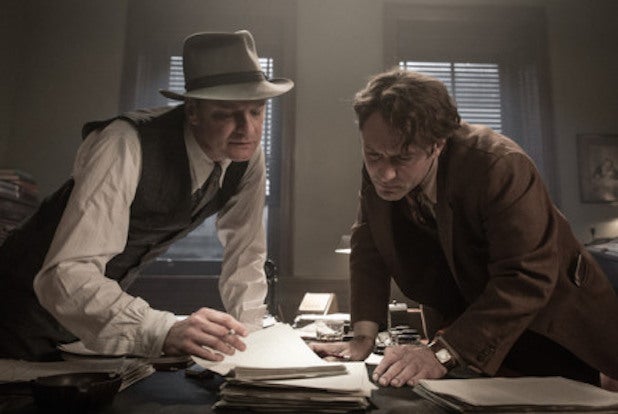 On the eve of the Cannes Film Festival, Lionsgate has purchased U.S. rights to “Genius,” which stars Jude Law as acclaimed author Thomas Wolfe and Colin Firth as his editor Max Perkins, TheWrap has learned.

Riverstone Pictures and Pinewood Pictures co-financed “Genius,” which is based on “Max Perkins: Editor of a Genius,” a book by A. Scott Berg that was adapted by John Logan. The story follows the unique friendship shared by Wolfe and Perkins.

FilmNation is handling international sales at Cannes, and CAA negotiated the Lionsgate deal on behalf of the filmmakers.