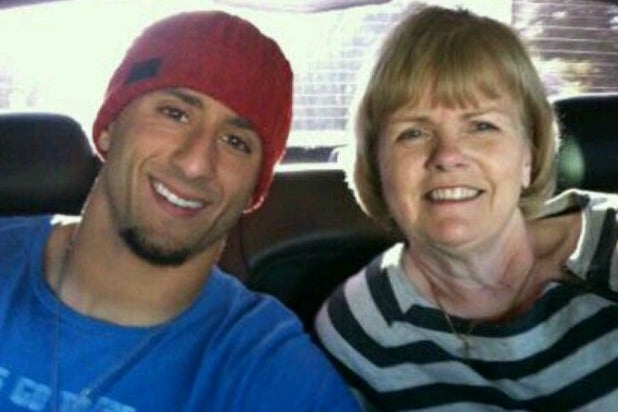 Colin Kaepernick has scores of athletes, fans and even the NFL chief supporting his right to take a knee during the national anthem in protest of police brutality, but no one has expressed their approval of his actions quite like his own mom, Teresa.

When the mother of the former San Francisco 49er quarterback learned that President Trump said at an Alabama rally that NFL owners should “get that son of a bitch off the field” when players protested by sitting out the anthem, Teresa tweeted, “Guess that makes me a proud b—h!”

Guess that makes me a proud bitch!

In an interview with Deadspin, Kaepernick’s mom made it clear that “she speaks only for herself, not her son,” but went on to criticize the president for attacking Americans’ right to free speech. “To see this man that you have no respect for, basically because of all that he’s done in this presidency so far, slandering my kid publicly…”

Although she didn’t hear Trump’s Alabama speech, Kaepernick saw that people were talking about it on Twitter. Her first reaction was to turn to her husband Rick and say, “What the heck?”

“I thought, ‘Aw man, this is just ridiculous that he continues to attack private citizens like this and continues to not be able to see what freedom of speech is and that he just refuses to acknowledge those kind of things,'” she told Deadspin. “Yet at the same time, in Charlottesville, he would not call out the Nazis, not call out the white supremacists, but he’s calling out these guys who are peacefully kneeling and asking for their country to do better.”

And when the criticism continued, she went into protective mom mode. “I grant you he’s a 29-year-old man, he doesn’t need my protection, but boy, somebody insults somebody you love, and your first instinct is to really wanna just go after him,” she said.

At the height of the hubbub, Kaepernick texted her four sisters and said, “You’re not gonna believe this. The president just called me a b—h.” Of course, they all got a good laugh out of it.

“My one sister said, ‘Oh gosh, next he’ll be calling you Rocket Mom.'”