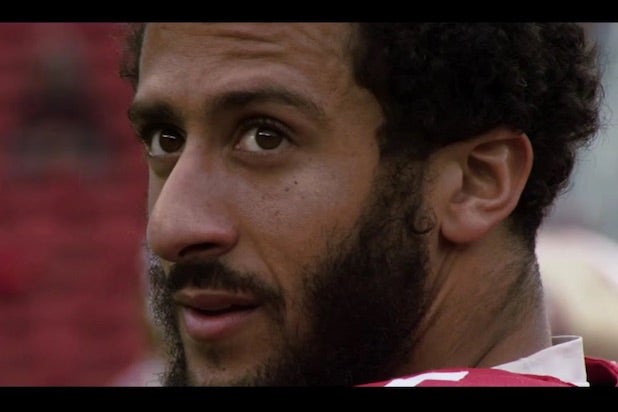 Quarterback Colin Kaepernick made national headlines last year by refusing to stand for the National Anthem. Apparently his form of protest won’t carry over into 2017, according to ESPN.

Kaepernick is expected to opt out of his contract with the San Francisco 49ers this week and ESPN, citing sources, reported that he “no longer wants his method of protest to detract from the positive change that he believes has been created.”

The quarterback polarized the nation last year when he sat for the anthem during a preseason game, eventually deciding to kneel to draw attention to police brutality and racial inequality. As Kaepernick approached free agency, it is probably a smart career move to scrap the protest, as some NFL decision makers might not want to deal with the distraction and extra media attention.

“To me, this is bigger than football and it would be selfish on my part to look the other way,” Kaepernick told NFL Media when he first decided to protest. “There are bodies in the street and people getting paid leave and getting away with murder.”

Kaepernick also famously admitted that he did not vote in the presidential election and made pro-Fidel Castro comments. Despite not voting, he slammed both Hillary Clinton and Donald Trump as “proven liars” with “racist” tendencies following the first presidential debate.

Kaepernick became the center of a media firestorm and fan backlash with charges ranging from “unpatriotic” to “treasonous.” The anti-Kaepernick movement got pretty nasty at one point, as National Anthem-loving football enthusiasts eager to make a buck sold T-shirts picturing his face in the center of a rifle-scope.

However, many prominent NFL players stood by his decision to kneel and joined him in solidarity.

Politics aside, Kaepernick was mediocre on the football field last season. He threw for 2,241 yards with 16 TDs and four interceptions over 12 games while surrounded by a poor team that finished with a record of 2-14.