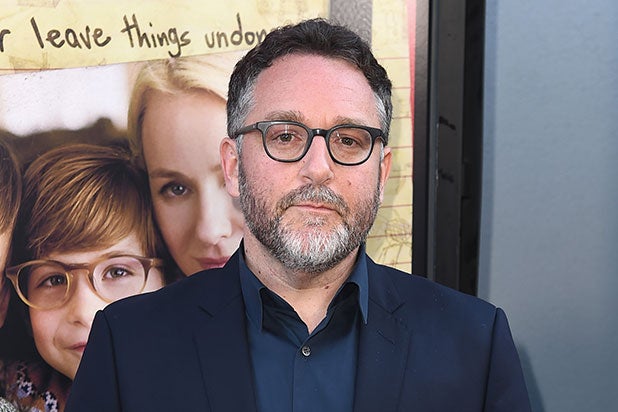 Filmmaker Colin Trevorrow, who directed 2015’s “Jurassic World,” is returning to direct the third installment in the franchise.

“Colin Trevorrow is going write and direct the third Jurassic World story,” Steven Spielberg told EW on Friday. Spielberg will also return as an executive producer on the third installment. The Oscar winner originally tapped Trevorrow to direct the first installment in the rebooted franchise for Universal.

As previously announced, Trevorrow will write the script with newcomer Emily Carmichael, which will be based off a story written by Trevorrow and his writing partner, Derek Connolly. Frank Marshall and Pat Crowley will return to produce, with Trevorrow also executive producing.

With “Jurassic World: Fallen Kingdom” coming out in theaters this summer, Universal has set the third installment of the series to be released on June 11, 2021.

“It’s important to this franchise that we welcome new creative voices to keep our storytelling fresh and alive,” Trevorrow said. “I’m thrilled with the tension and beauty J.A. has brought to ‘Fallen Kingdom,’ and I know Emily will add another layer of emotion to the concluding chapter of our trilogy.”

Released in 2015, “Jurassic World” became one of the highest grossing movies ever made, currently ranked fourth on the all-time box office charts with $1.67 billion grossed worldwide. “Jurassic World: Fallen Kingdom,” the second installment in the “World” series and the fifth film in the “Jurassic Park” franchise, is directed by J.A. Bayona and will hit theaters June 22.

Trevorrow is repped by Verve and 3Arts.