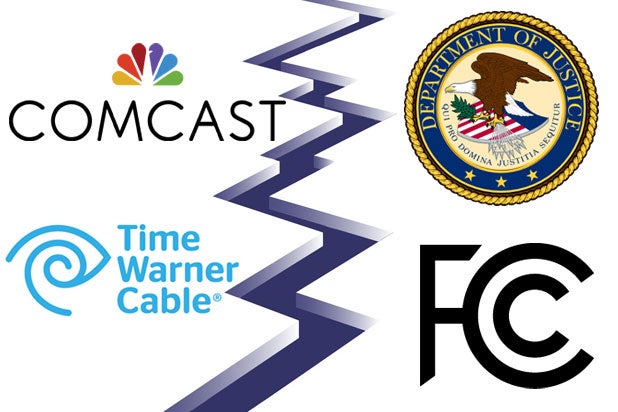 Comcast is defending its $45 billion play for Time Warner Cable amidst reports that the deal could be in trouble with regulators.

In a blog posting and in statements, Comcast says critics are recycling old claims and using inaccurate information to make arguments against not only the deal, but also its progress towards fulfilling some of the public service commitments it made in acquiring NBCUniversal.

“It is wrong for some to dismiss the value of all that has been accomplished in these few short years — the hundreds of thousands of families whose lives have been changed by the program — as we engage in this debate about what more there is to do,” he said.

The comments came as new reports emerge that the staff of both the Justice Department and the FCC have issues with the deal.

The U.S. Senate today is expected to confirm Loretta Lynch as attorney general, potentially making a decision on whether to block the merger one of Lynch’s first big decisions.

Comcast acknowledged that its officials met yesterday with both FCC and Justice Department officials, but otherwise declined to discuss the meeting.

“We had one in a series of meetings with the Department of Justice yesterday, as well as another meeting with the FCC. As with all of our DOJ discussions in the past and going forward, we do not believe it is appropriate to share the content of those meetings publicly, and we, therefore, have no comment,” said a Comcast spokeswoman.

Consumer groups opposed to the deal said they were encouraged by the reports.
“If the news from the FCC is true, it would mean that Internet users can breathe a sigh of relief,” said Matt Wood, policy director for Free Press.

“Designating the deal for a hearing would make Comcast and Time Warner Cable go through a lengthy evidentiary procedure. That’s a very high hurdle to clear in its own right, and a huge barrier to overcome for a disastrous deal like this one, which has no real public interest benefits to show.”