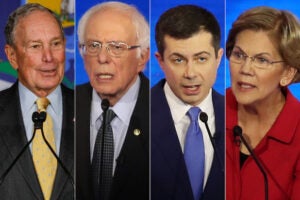 ”Continued attempts to sweep concerns under the rug sends absolutely the wrong signal to shareholders,“ firm that filed proposal says

The resolution, filed by the investment firm Arjuna Capital, cites former “Today” host Matt Lauer’s firing for “ongoing sexual harassment of employees,” and Ronan Farrow’s accusations that NBCUniversal may have covered up Lauer’s alleged misconduct, as reasons for Comcast to conduct an investigation and create a report. (NBCUniversal has denied any wrongdoing, and Lauer has denied the accusation of rape.)

“On its face, the decision by Comcast/NBCUniversal to kill our sex discrimination resolution before it reaches an investor vote suggests they just don’t get it,” said Natasha Lamb, managing partner at Arjuna. “Attempting to cover up what is potentially a company-wide pattern of abuse is not a credible corporate response. In the case of workplace sexual harassment, sunlight is the best disinfectant, and continued attempts to sweep concerns under the rug sends absolutely the wrong signal to shareholders. Investors are legitimately concerned about their long-term wealth and the kind of regulatory fines and court-imposed judgments that could be just ahead.”

The proposal says that the investigation and report are necessary to “avoid legal and reputation risk” and that Comcast needs to “create a culture of accountability and transparency, and protect employees from harassment and discrimination.”

Also Read: NBCUniversal Will Not Conduct 'Additional Investigation' Into Accusations Against Matt Lauer

But in a letter sent to the U.S. Securities and Exchange Commission late last month, attorneys for Comcast said that the proposal should be excluded from proxy materials because it “relates to the Company’s ordinary business operations” and would require a report on any potential compliance violations or accusations — not just those related to sexual harassment.

“The Proposal may be excluded because it requests a report on information regarding the Company’s general legal compliance program and policies, which includes investigations into allegations of violations and enhancements to policies governing employee behavior to protect against future violations,” the letter states. “A company’s board of directors is better equipped than the shareholders to evaluate the appropriateness of the company’s handling of such matters.”

Attorneys for Comcast also argued that the company has already updated its policies related to workplace sexual harassment following Lauer’s termination and pointed to “enhanced” employee training sessions and “anti-discrimination, anti-harassment, and anti-retaliation policies” as examples.

But supporters of the resolution are not ready to back down.

“Comcast’s piecemeal approach to addressing a culture of abuse only when it is exposed in the media must end,” Shaunna Thomas, co-founder and executive director of the advocacy group UltraViolet, said in a statement. “Internal investigations are entirely insufficient and pose a significant risk to Comcast’s brand and shareholder value.”

A representative for Comcast declined to comment beyond the letter to the SEC.