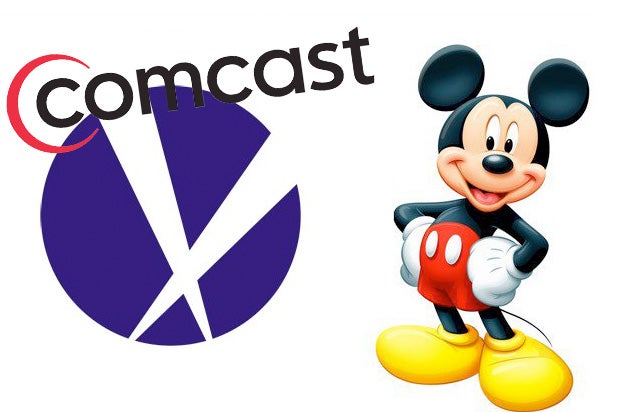 The three companies at the heart of Hollywood’s latest mega-merger all enjoyed big days on Wall Street, with shares of Comcast, Disney, and 21st Century Fox spiking on Thursday.

Fox — the target of dueling bids from Comcast and Disney — added to its recent run, jumping 2.11 percent to $44.58 a share on Thursday. Disney, which offered the original $52.4 billion all-stock offer for Fox in December, also increased 2.3 percent to $108.75 a share.

But the big winner on the day was Comcast. The telecom giant jumped more than 4.5 percent to $33.82 a share, one day after the company submitted a $65 billion all-cash offer to pry Fox away from Disney. 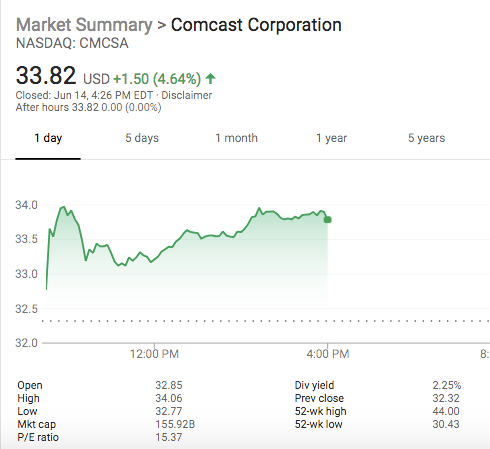 In his proposal to Fox head honcho Rupert Murdoch, Comcast CEO Brian Roberts pointed to the favorable AT&T-Time Warner ruling earlier in the week as a sign that any previous regulatory concerns about the merger no longer mattered.

The question now becomes whether Disney, having gone this far down the road on the Fox acquisition, will increase its own offer. “Disney has a relatively clean balance sheet and a healthy stock price,” Todd Klein, partner at Revolution Growth, told TheWrap. “They could substantially improve bid if they wish.”

The Fox acquisition was seen as key for Disney as it prepares to launch its own streaming service next year to rival Netflix, and getting the Fox assets, which include film and TV franchises like “X-Men,” “Avatar,” “Deadpool,” “Fantastic Four” and “The Simpsons,” could be the last piece of the puzzle.

Fox’s 22 regional sports networks would also give ESPN a huge lift for its nascent streaming service that was launched in April.

For the same reasons, Fox would be attractive to Comcast as media companies are looking for scale to compete with Netflix and other tech giants.