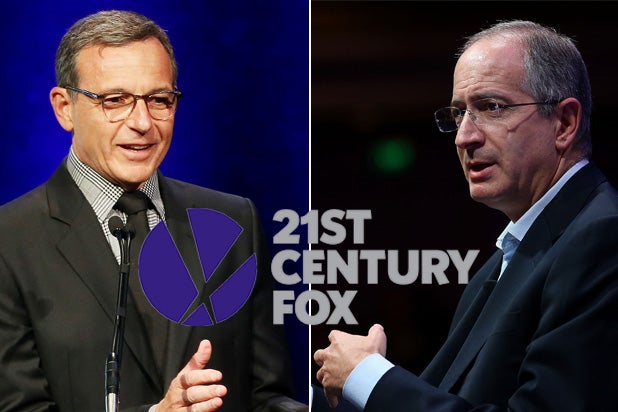 Despite Disney gaining approval from the Department of Justice for its $71.3 billion acquisition of 21st Century Fox’s film and TV entertainment assets, Comcast is not out of the running yet. But the clock is ticking.

“This puts them under more time pressure to stop the freight train that is Disney’s current bid,” Laura Martin, an analyst for Needham & Company, told TheWrap on Wednesday. “They had to know a counter bid was coming from Disney — what’s taking so long?”

Earlier Wednesday, the Justice Department signed off on the revised Disney deal in which Disney agreed to divest Fox’s 22 regional sports networks within 90 days of the closing as a condition of antitrust approval.

With the feds signed off, all that’s left is a vote by each company’s shareholders to make the deal official.

But Fox, which had already pushed back a planned July 10 shareholder meeting to vote on the Disney deal, has yet to reschedule a new meeting. Fox attributed the delay to “provide stockholders the opportunity to evaluate the terms of Disney’s revised proposal and other developments to date.” Fox did not immediately respond to TheWrap when asked when it would schedule a new shareholder meeting date.

It’s that lack of a rescheduled shareholder meeting that gives Comcast a window of opportunity to make a more-aggressive counter-offer.

“In a perfect world, Disney would’ve preferred to announce something like this as close to the shareholder vote as they could,” Todd Klein, partner at Revolution Growth, told TheWrap. “If Comcast is going to have to stretch to top this bid, they’ll have the time.”

Also Read: Does Disney or Comcast Have a Better Shot at Regulatory Approval for Fox Deal?

Prior to the DoJ approval, the Wall Street Journal reported that Comcast was looking to partner with other companies or private-equity investors that could provide additional cash to sweeten its bid. Comcast declined to comment to TheWrap on its plans.

“It doesn’t make a lot of sense for Comcast to now try to raise money to up its bid for these assets,” Ross Gerber, CEO of investment firm Gerber Kawasaki, told TheWrap. “They really need to just walk away.”

The Justice Department’s signoff offers a huge advantage to Disney, removing one major barrier in the minds of shareholders. “Certainty of close is very valuable,” explains Klein.

In an SEC filing on Monday, Fox admitted part of its reasoning to accept Disney’s $71.3 billion offer over Comcast’s $65 billion offer was due to regulatory concerns: “A strategic transaction with Comcast continued to carry higher regulatory risk leading to the possibility of significant delay in the receipt of merger consideration as well as the risk of an inability to consummate the transactions.”

If Comcast CEO Brian Roberts is hoping his third offer is the charm, he’s going to have to reach deeper into the media giant’s pockets — or find a financial partner. “They can’t offer a small premium to Disney anymore,” Klein said. “Comcast now has to essentially pay for the uncertainty or find a way to solve it.”

And that just might be the reason why Fox hasn’t rescheduled a new voting date yet.

“Fox is strategically keeping the emotional charge high and with that, the pressure on Comcast to step up,” said Eric Schiffer, CEO of The Patriarch Organization and chairman of Reputation Management Consultants.