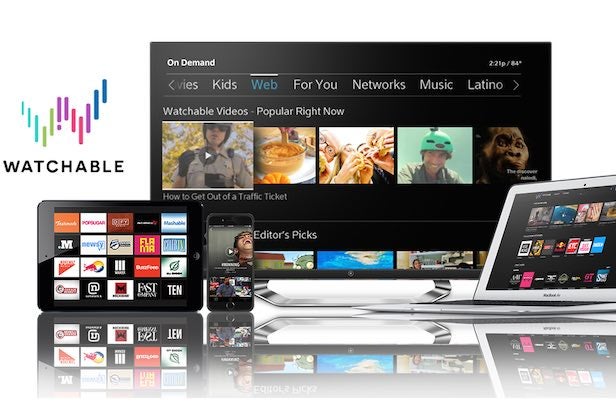 Comcast unveiled its new digital entertainment streaming service, Watchable, on Tuesday with the launch of the beta version.

In a blog post with a video tutorial, the company explained that the cross-platform video service curates a selection of the best content from popular online video networks and shows. Users can watch via iOS, watchable.com and Comcast’s X1 set top boxes, to start.

At the moment, there are about 30 digital partners for the service, including AwesomenessTV, BuzzFeed, Machinima, Maker Studios, Mashable, Mic Media, NBCUniversal, Network A, Newsy, The Onion, POPSUGAR, Red Bull, Vice and Vox. The content is grouped by maker or by categories such as news, music, entertainment and fashion.

“The web has changed the way we all think about video. A new class of online creators and producers is developing innovative content that is attracting big audiences,” Sam Schwartz, chief business development officer of Comcast Cable in TV, wrote. “We want to continue to connect creators of compelling content with viewers who want to be entertained, and have been experimenting with new partnerships to deliver more high-quality videos from the web, especially to the television.”

Stream, a $15 monthly subscription service which launches wide in 2016, will allow customers of Comcast’s Xfinity Internet service to watch live TV from about a dozen networks — including all of the major broadcast nets and HBO — on laptops, tablets and phones in their home.

It will also include thousands of on-demand movies and shows and comes with access to TV Everywhere and a cloud DVR, per Comcast.

Watch the demo video below to learn more about Watchable.