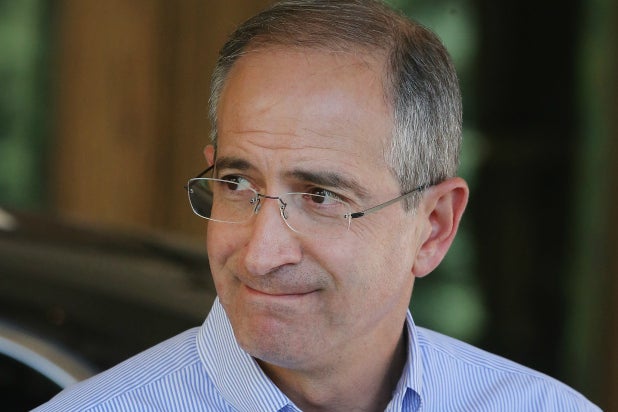 Brian L. Roberts has some neat new toys for Comcast’s Xfinity customers, and he used lots of stage time on Tuesday to brag about ‘em.

The chairman and chief executive officer was up early at Goldman Sachs Communacopia — the very first panel of the conference, actually. After the requisite praising of NBC broadcast for winning another 52-week season and declaring his film arm — which recently purchased DreamWorks Animation — to be “in great shape,” Roberts wanted to do a little demo. That little demo turned into a lot of it.

First up was the X1 set-top box and its remote voice recognition’s integration into Netflix. Roberts spent quite a bit of time showing off that one, debuting his shared interface and some of the cooler features one can seamlessly control.

But, as they say in showbiz, that’s not all.

Roberts boasted a bit later about his new XI5 wireless cable box, which is all wi-fi based and has 4K/HDR capabilities. Right now it’s meant for additional TVs in one’s home, but soon he believes the little guy will replace your primary one.

“I think this is the future of how we’re making cable boxes,” Roberts said of the small device, declaring it: “The best cable box we’ve ever made.”

Of course, that means one needs excellent and reliable wi-fi. Roberts then pulled out the XB6, which also handles telephone and broadband needs.

“The world’s fastest router,” were his words of praise for that one.

Lest you think we’re nitpicking or exaggerating about exactly how Roberts used much of his 42 minutes, BTIG analyst Rich Greenfield tweeted the following midway during the panel: