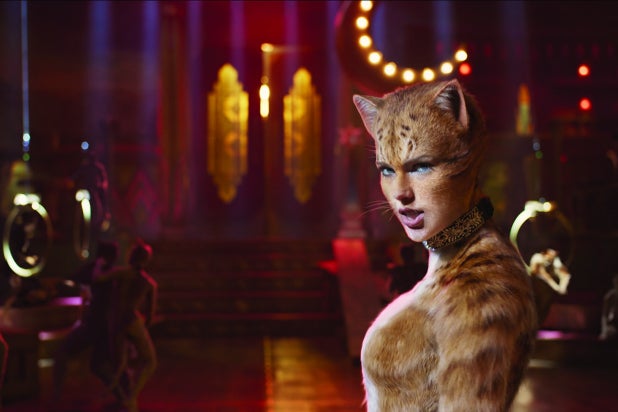 Comcast topped analyst expectations for both revenue and earnings in the fourth quarter of 2019, though cord-cutting and a big box office decline provided some serious challenges. We’re (partially) looking at you, “Cats.”

Both of those markers were up single digits on a percentage basis from the final quarter of 2018, though the adjusted earnings growth of 9.7% sure came close to making it double digits.

A net income increase of 25.9% should make investors happy this morning. As will Comcast’s announcement that it is upping dividends to 10%.

Universal’s theatrical revenue dropped 59.1% from the comparable quarter last year, when “Halloween” and “The Grinch” did a heck of a lot better than anything the studio released this time around. “Cats,” a high-budget flop, was released by Universal with just 11 days left in calendar and fiscal 2019. More like litter box (office).

On a net basis, Comcast shed 149,000 video customers in Q4. It made up for that elsewhere.

Comcast increased its fourth-quarter revenue for its largest business, cable communications, as well as from cable and broadcast television and theme parks. The movie-ticket sales fell so far, however, that NBCUniversal as a whole saw revenue decrease 2.6%.

Sky revenue was basically flat for Comcast on a comparable basis.

“We delivered strong operational and financial results in the fourth quarter, capping another great year for Comcast, including double-digit growth in full-year adjusted EPS, record free cash flow and 1.4 million broadband net additions in the U.S.,” Brian L. Roberts, chairman and CEO of Comcast Corporation, said in a statement accompanying the financials. “Our teams at Cable, NBCUniversal and Sky continued to execute at a high level, strengthening our leadership position in our markets.”

“Looking ahead, in 2020 we are leaning into exciting opportunities, including: further differentiating our broadband product in the U.S. through innovations like Flex and xFi Advanced Security; accelerating the deployment of Sky Q; launching a new broadband service in Italy; debuting Super Nintendo World at Universal Studios Japan; and introducing a world-class streaming service — Peacock — which leverages capabilities from across Comcast,” Roberts continued. “Underscoring our confidence in the continued success of our company, we are pleased to announce a 10% increase in our dividend, our 12th consecutive annual increase.”

Also Read: 'Two and a Half Men' to Stream Exclusively on NBCUniversal's Peacock, Instead of HBO Max

In pre-market trading, CMCSA stock is up more than 2%.

Executives will host a conference call at 8:30 a.m. ET to discuss the fourth quarter and full year in greater detail.

One week ago, Comcast unveiled its upcoming streaming platform, Peacock. Read all about that future offering here.