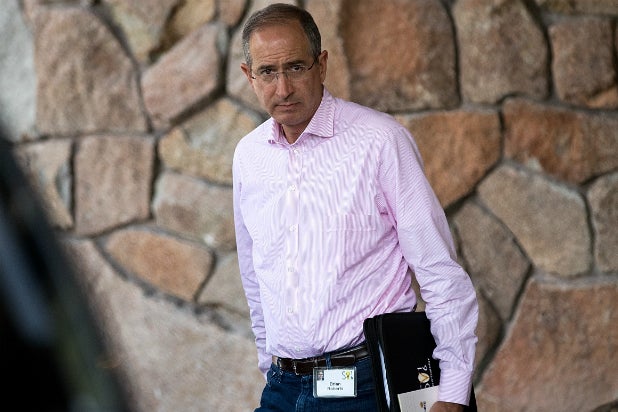 Comcast made good on its plan to try and pry Fox away from Disney, submitting a $65 billion all-cash offer on Wednesday for assets from 21st Century Fox.

In a letter from Comcast CEO Brian Roberts that was addressed to Fox Executive Chairman Rupert Murdoch and his sons, Roberts pointed directly to Tuesday’s favorable decision in the AT&T-Time Warner case against the U.S. Department of Justice as a reason for the proposed deal.

“We have reviewed the publicly available terms of the proposed Disney transaction, as well as the joint proxy statement/prospectus filed with the SEC describing the reasons for the 21CF Board of Directors’ decision,” Roberts wrote. “In light of yesterday’s decision in the AT&T/Time Warner case, the limited time prior to your shareholders’ meeting, and our strong continued interest, we are pleased to present a new, all-cash proposal that fully addresses the Board’s stated concerns with our prior proposal.

The question now is whether Disney, having gone this far down the road on the Fox acquisition, will up its own offer. “Disney has a relatively clean balance sheet and a healthy stock price,” Todd Klein, partner at Revolution Growth, told TheWrap. “They could substantially improve bid if they wish.”

Last December, Disney announced a deal to acquire much of 21st Century Fox for $52.4 billion in stock. The buyout would infuse the Mouse House with a bevy of Fox properties, including its film and TV studios and much of its non-broadcast television business, including regional sports networks and cable networks such as FX, FXX and Nat Geo.

The Fox acquisition was seen as key for Disney as it prepares to launch its own streaming service next year to rival Netflix, and getting the Fox assets, which include film and TV franchises like “X-Men,” “Avatar,” “Deadpool,” “Fantastic Four” and “The Simpsons,” could be the last piece of the puzzle. Fox’s 22 regional sports networks would also give ESPN a huge lift for its nascent streaming service that was launched in April.

For the same reasons, Fox would be attractive to Comcast as media companies are looking for scale to compete with Netflix and other tech giants.

In a statement Wednesday afternoon, Fox acknowledged receiving “an unsolicited, written proposal from Comcast” to buy the same assets they had previously agreed to sell to Disney.

“21st Century Fox remains subject to the Disney Merger Agreement,” the company said in the statement. “Consistent with the terms of this agreement and the fiduciary duties of the Company’s directors, 21st Century Fox’s Board, in consultation with its outside legal counsel and financial advisors, will carefully review and consider the Comcast proposal.”

Fox had previously scheduled a July 10 shareholder meeting to vote on the Disney deal. Fox said it has not yet decided whether or not to postpone or cancel the meeting.