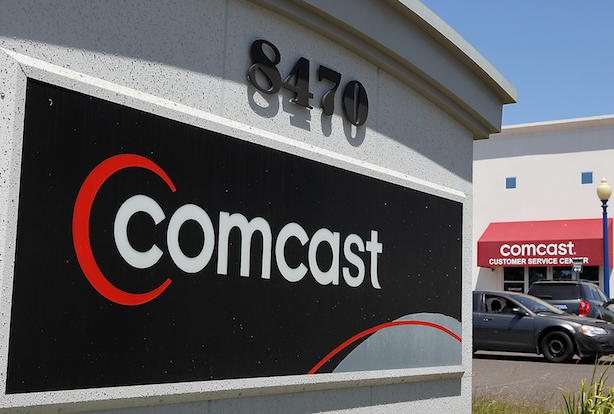 Comcast’s bid for Time Warner Cable drew new fire in the U.S. Senate on Wednesday, this time nearly drowning out an expected debate about the future of DirecTV and Dish Network.

The Senate Judiciary Committee, which was supposed to examine whether to extend a law that allows the direct satellite services to operate, instead heard Minnesota Democratic Sen. Al Franken step up his denunciation of Comcast’s deal for Time Warner.

“I believe that the cable industry could become even more powerful if Comcast is allowed to acquire Time Warner. I strongly oppose this acquisition,” said Franken. “One thing is clear. I believe it is a terrible deal for consumers.”

Franken also pressed representatives from consumer group Public Knowledge about the Comcast deal, along with Ellen Stutzman, Director of Research and Public Policy for WGA-W.

“We think the FCC should reject the deal,” Stutzman said. “It is not in the public interest. It is anticompetitive. It is a bad deal for content creators as well as consumers.

She went onto say that “Comcast is already the largest cable and internet service provider. Allowing them to get bigger will make them too powerful of a content gatekeeper.”

See also: Hollywood Torrent: YouTube Could Finally Have a Rival – In Comcast (Video)

Stutzman suggested that the deal would give Comcast the clout to reduce affiliate fees that cable and TV networks use to invest in content, while giving the company control of a third of the broadband Internet market.

“[The internet] is where all the new competition is coming from,” she said. “We fear they will use their power to steer away from new providers like amazon and Netflix to favor their own content.”

Fellow Minnesota Democrat Sen. Amy Klobuchar also had questions about the Comcast deal’s impact, though she didn’t take as strong a stance as Franken.

“It would raise prices. It would create a single gatekeeper for programming and broadband of almost unprecedented power,” he said.

The Comcast comments came as the committee met to discuss whether blackouts of TV signals during retransmission disputes or other developments warranted changes in the law that governs satellite TV — the Satellite Television Extension and Localism Act. It is slated to expire this year and needs to be reauthorized.

Stutzman said that while WGA-W feels in broadcasting laws–changes to require networks to air more independent content, to change bundling practices and to promote more virtual competitors for cable systems, changing the satellite TV law isn’t the right way to do it.

“There are better ways that gutting the rights of broadcasters,” she said.

The Judiciary Committee Committee is due to hold a separate hearing on the Comcast/TWC deal next month.