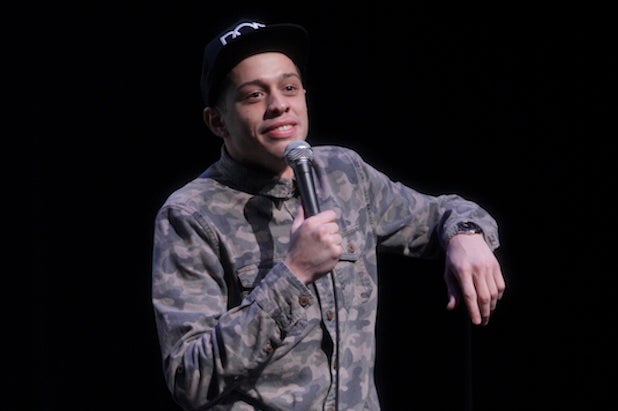 The iconic NBC comedy show, which enters its 40th anniversary season this year, has added 20-year-old comedian Pete Davidson to its roster as a featured player. The show’s Twitter feed confirmed the news on Monday morning, officially welcoming the Brooklyn-based stand-up into the fold.

Davidson’s career has soared since he first began seriously working at the mic when he was 16. Discovered by Nick Cannon, he had roles on the revived “Wild ‘N Out” and MTV’s “Guy Code,” performed stand-up on “Jimmy Kimmel Live!,” and appeared on “Brooklyn Nine-Nine.”

Davidson tours regularly, as he’s been championed by stars such as Hannibal Buress, who has hosted him at his weekly show at Brooklyn’s Knitting Factory.

At 20, he’ll become one of the youngest “SNL” cast-members of all time. Anthony Michael Hall was 17 and Robert Downey, Jr. was 20 when they joined the show for a single season in 1985. Eddie Murphy was 19 when he began his four season run in 1980.

The Davidson news comes on the heels of late last week’s “Weekend Update” shakeup. Former “SNL” writer Michael Che will return to 30 Rock to anchor the fake news segment alongside Colin Jost, after a short stint at the “Daily Show,” while former anchor Cecily Strong will return to her role as a full cast member.

In addition, long-time writer Michael O’Brien, who became a cast member last year, has moved back to a permanent position in the writer’s room.