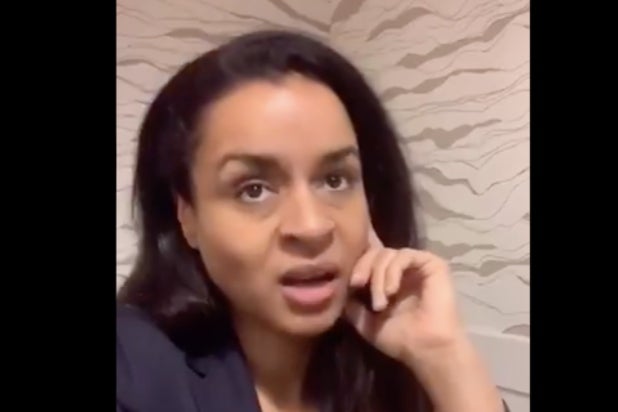 Comedian Sarah Cooper is back with a new video mocking Donald Trump, this time focusing on remarks he made on immigration policy during a rambling Rose Garden briefing on Tuesday.

In the clip, titled “How to immigration policy,” Cooper (as always) lip-synced to the audio of Trump talking about what he thinks should be done about “illegal aliens.” Along with her own visualizations of how people might have reacted to the confusing remarks were they there when it happened.

“They used to bring them out and they wouldn’t even let the airplanes land if they brought them back by airplanes. They wouldn’t let the buses into their country. They said, ‘We don’t want them.’ I said, ‘No, but they entered our country illegally.’ And they’re murderers; they’re killers, in some cases. And they said, ‘Nope, we don’t want them.’ They’d turn the bus around, they’d turn the plane around, and they’d land in the United States, and who knows what happened to them, but it wasn’t good.”

Read the full transcript of Trump’s remarks here, which included his plans for “taking care of people from DACA in a very Republican way.” And watch Cooper’s latest video below.

Cooper wasn’t the only person who reacted negatively to Trump’s Tuesday speech, which also included several absurd false claims about Joe Biden and Democrats and resembled one of his rallies more than a White House policy speech. CNN’s Jim Acosta told Anderson Cooper later that evening that “We are down to Kool-Aid drinkers and next of kin here at the Trump White House. There are no more adults who will level with the president.” Ouch.