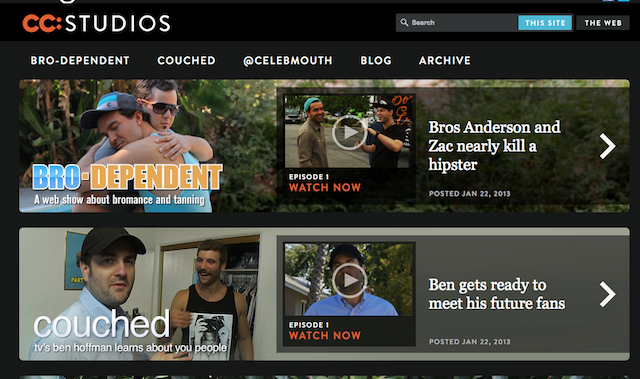 Headed by Allison Kingsley, Comedy Central's new vice president of digital development, the web branch debuts with a selection of digital short series created while it was still in beta.

Forthcoming is a still-untitled sort-of morning show for sports, music and videogames from the Lucas Brothers.

Kent Alterman, who was promoted earlier this month to president of content development and original programming, said the new digital initiative will help breed new talent to drive traffic online and, in some cases, launch new shows to appear on the television channel.

"That is definitely one of the agendas, he told TheWrap, "To be able to develop things that can migrate to the linear channel."

He said web series allow the company more room to develop and test new ideas. "Instead of putting all our eggs in the one basket of a pilot, we can allow something to evolve," he said. "It just provides us a different way, possibly a more effective way, of working with talent to develop projects."