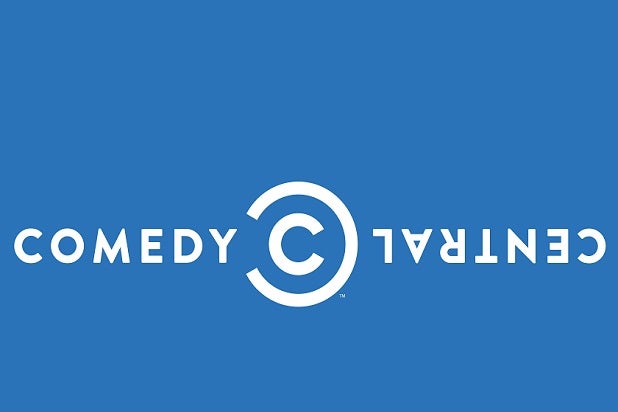 Comedy Central has a new general manager in Tanya Giles, who will replace Dave Bernath, the cable network announced Tuesday.

“Tanya is not only a smart, strategic thinker, she also knows more about our audience and how they connect to our content than anyone else I know,” said Comedy Central President Kent Alterman in a statement. “And I know a lot of people.”

As GM, Giles will lead the day-to-day strategy and operations of the No. 1 brand in comedy, with direct oversight of Brand Strategy, Marketing, Programming, and Digital/Social Strategy. She will also liaise closely with teams across Viacom’s Global Entertainment Group, including Ad Sales, Research & Audience Science, Strategy, Finance, and Human Resources. Giles will be based in Comedy Central’s SoHo offices.

Here is Alterman’s memo to staff on Bernath’s departure and Giles’ hire:

Today brings very mixed news to Comedy Central. Dave Bernath will be leaving the company, and Tanya Giles will be stepping into the role of General Manager, effective immediately. Dave’s last day will be March 15, and he will be available to us all to ensure a smooth transition.

Over his 12 years here, Dave has been a major contributor to our brand. He approaches everything with a level of intelligence and conviction that is unparalleled. He played a key role in the evolution of Comedy Central from a basic cable channel into the #1 brand in comedy across all platforms. He also took responsibility for oversight of our franchise cross teams, and we’ve been reaping the benefits of this process for some time. Comedy Central is a much different place today than when Dave began and I am thankful for all his efforts, especially over the past year as we embarked on a new era. I wish him the very best in his future endeavors.

As have many of you, I’ve been working with Tanya for years and have been continuously impressed with how smart, strategic and collaborative she is. Her skills and expertise transcend the official roles in which she’s served. During her nearly 20 years under the Viacom umbrella, she has worked with virtually every brand in the house, beginning at Nickelodeon, moving on to TV Land, and most recently, the Music & Entertainment Group and BET Networks.

Through each stop in her journey, Tanya has earned the respect of senior leaders across the organization. Her deep knowledge of industry trends and expertise in fan behavior, specifically millennials who form the core of our audience, are well recognized throughout the industry and will be a great asset to Comedy Central. More than anyone I know, Tanya has a deep and substantial understanding of not only our audience, but also how they connect to our talent and content. She brings invaluable expertise to our table.

As our new GM, Tanya will report to me and lead the day-to-day strategy and operations of the brand, with direct oversight of Brand Strategy, Marketing, Programming, and Digital/Social Strategy. She will also liaise closely with the Global Entertainment Group’s Marketing & Partner Solutions, Content Distribution, Strategic Insights & Research, Strategy & Business Development, Finance, Business & Legal Affairs, and Human Resources teams.

With this move, and the recent elevation of Sarah and Jonas, I believe our senior team is poised to achieve continued success, especially in light of Bob’s recently expressed strategic vision for our future. I have total faith in this talented and dynamic group, as well as all of you, to help elevate Comedy Central in our important role as one of Viacom’s flagship brands. We are also primed to continue playing a significant role as an essential and relevant voice in our culture.

Please join me in thanking Dave for his enormous contributions in making Comedy Central the best brand in comedy, and in welcoming Tanya, wholly, to Comedy Central proper, freed of those pesky diversions associated with her past, non-CC responsibilities.