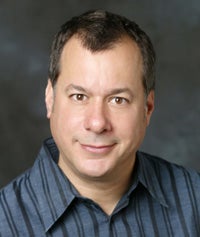 In one of his first interviews since returning to Comedy Central earlier this year, Kent Alterman, head of the network’s original programming, spoke about his development philosophy, the abundance of “SNL” alums (and dearth of those from “The State”) and what makes comedy work on cable.

What is your overall goal for this year’s development slate?
We want to try to make shows that people want to watch. With comedy, there’s that elusive alchemy – you know it when it hits you. We want to create shows that people respond to, and we put together a diverse lineup that we think people will. Or I could just speak in sports terms: We gave it 110 percent, left it all out on the field.

There are a lot of “SNL” alums in upcoming Comedy Central projects. How is that pipeline?
Well, there’s an amazing history on both sides of the camera (at “SNL”). And I have personal relationships with a lot of them, both through my first go-round at Comedy Central and other projects. It’s not like a conscious thing (to hire people from “SNL”). The idea is to mine the richest talent, and that’s what we try to do.

What is your philosophy on developing shows? Do you have a formula?
I’m not really good at formulas in comedy. We try to find people who have good ideas, and develop them. I don’t say, “Well, we need X, Y and Z.”  It’s really about finding good bets with good people, and shaking the dice. I look for people with strong ideas, and we try to actualize their vision. If you start overthinking it, it becomes unfunny. And people can smell that.

How long of a rope do you have for new shows to achieve success?
One nice thing about working at Comedy Central is that it’s ongoing development, not like at the broadcast networks. There are no hard and fast rules. We don’t have those rules to adhere to. The timing is fluid.

In terms of ratings, is there a growth metric?
The thing is, when I got here, I had all these ideas. Then the network told me they wanted these shows to make money. And now I’m not so sure I want this job. [Laughs]

I noticed you don’t have any “The State” people in your development slate, which is sort of rare given how many shows (“Reno 911,” “Stella,” “Michael & Michael Have Issues”) Comedy Central has picked up in the past. Was that a conscious thing, to move away from “The State” guys?
There is a “state” unrelated to “The State” here, that is made up of people who want to keep “State” members off the air. [Laughs] No, it was not conscious at all. We are totally open to working with them. The one genius thing about them is that they are always working on the next one. So when there’s something fresh and original, we’ll be talking.

What are your thoughts on Conan O’Brien joining TBS, essentially entering the late-night cable arena?
I hadn’t heard that he was going to cable. Weird.

The great thing for him, I think, is that he’s going to be unleashed, creatively, where he can be true to himself.

Do you see Conan as a threat to Comedy Central’s late-night lineup at all? He’s going to be going head-to-head with Jon Stewart and Stephen Colbert …
You know, I don’t really know. I’m not good at predicting the future. We’ll just have to see, but I don’t see it.