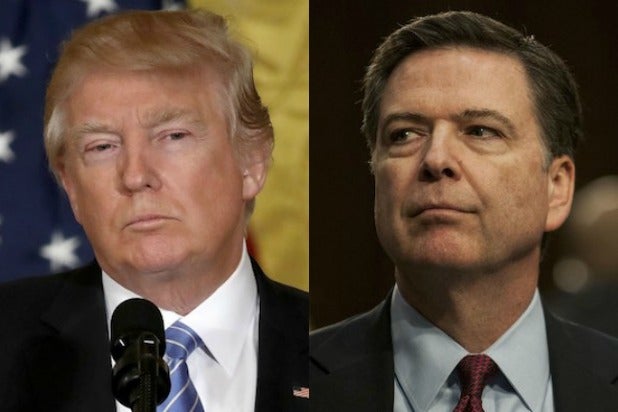 According to former FBI director James Comey, Donald Trump once bragged that Vladimir Putin personally told him Russia has “some of the most beautiful hookers in the world.” And, Comey wrote, Trump did this while denying he had ever made use of their services.

We know this because detailed memos penned by Comey during the first few months of Donald Trump’s presidency have finally been made public. On Thursday night, the Department of Justice turned them over to Congress, and unsurprisingly, they were quickly leaked to multiple news outlets and posted online.

Covering seven conversations between Comey and Trump between January 7 and April 11, 2017, four of the notes are partially redacted, while three of them have been released in full. So what’s in them? They mostly reiterate a lot of what Comey has already said over the last year and, most recently, in his tell-all memoir “A Higher Loyalty,” though in much more immediate terms.

For instance, as Comey would later say in “A Higher Loyalty,” Trump is extremely concerned about the Steele Dossier’s salacious claim of a “golden showers” tape, which POTUS has consistently denied. In fact, Comey says Trump brought the matter up in four out of the seven conversations they had.

The first time is described in the memo dated January 7, 2017, in which Trump is said to have bragged about “being the kind of guy who didn’t need to ‘go there.'”

Comey said the second time came two weeks later, as detailed in the memo dated Jan. 28. Comey said Trump repeatedly tried to convince him to open an official investigation “to prove it was a lie.”

The third time came a couple of weeks after that, according to the memo dated Feb. 8, 2017. This time, Comey wrote that Trump said “‘the hookers thing’ is nonsense but that Putin had told him ‘we have some of the most beautiful hookers in the world.'”

There’s a lot more than just “the hookers thing” of course. Comey describes several of what he calls “conversation-as-jigsaw puzzle” encounters that touched on topics including the inauguration crowd, Michael Flynn and former FBI deputy director Andrew McCabe. Among many others.

Read them for yourself below (via the Associated Press):