Akeem is set to take the throne in the African nation of Zamunda, but discovers that he has a son named LaVelle who has been hustling on the streets of Queens. To fulfill the dying wish of his late father (James Earl Jones), Akeem sets off once again with his best friend Semmi (Arsenio Hall) to America to convince LaVelle to return with him to Zamunda as the new crown prince.

“I don’t need no handout,” LaVelle tells his father … until Semmi’s briefcase opens and bills and jewels spill out. LaVelle and Mary travel back to Zamunda, but their arrival doesn’t sit well with Akeem’s wife Queen Lisa (Shari Headly) or his eldest daughter Meeka (KiKi Layne), who hoped to ascend to the throne were it not for laws prohibiting a female heir.

Meanwhile, other threats to the throne come from General Izzi (Wesley Snipes), who still isn’t happy about Akeem shooting down an arranged marriage to his daughter three decades ago and has some plans of his own. John Amos, Tracy Morgan, Bella Murphy, Rotimi, Nomzamo Mbatha and Teyana Taylor also star.

Check out the new trailer in the clip above. 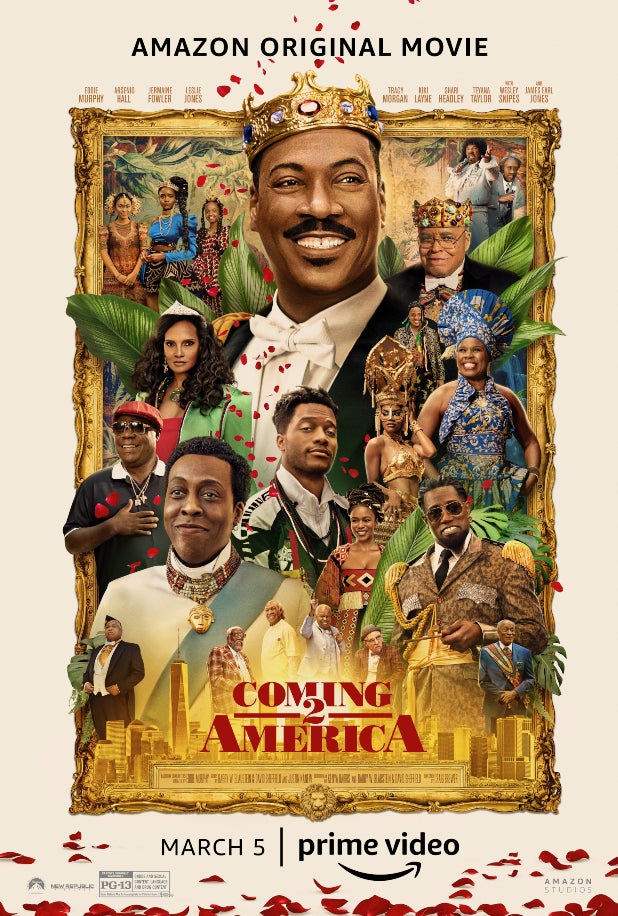