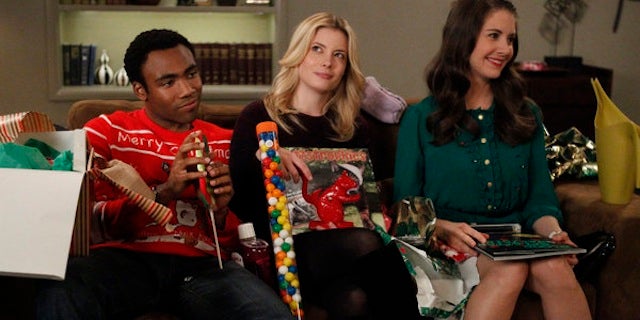 “Community” has been definitely pushing its “Watch ‘Community’ Live” campaign hard and now the NBC comedy’s fans have a chance to win prizes while helping to give the show a ratings bump.

The show has partnered with social entertainment app Zeebox for an interactive bingo game that viewers can play live while watching Thursday’s Christmas-themed episode (arriving a tad late since the show’s debut was pushed from October 2012 to last February).

Viewers can play “‘Community’ Zeetag Bingo” during Thursday’s episode by first downloading the Zeebox app at zeebox.com to smartphones, tablets or laptops.

Then, fans can access a game board with nine expressions from the episode. When one hears the expression, the player has 10 seconds to mark the expression's square with the aim of getting three squares in a row before the episode ends.

But, win or lose, all you have to do is show up. Report your win or loss after the episode on Twitter with a hashtag that Zeebox will automatically provide to you.

Two winners will be chosen from the entries and will win a prize pack that includes 55” Sony internet television, Sony Xperia Tablet and Sony X headphones.