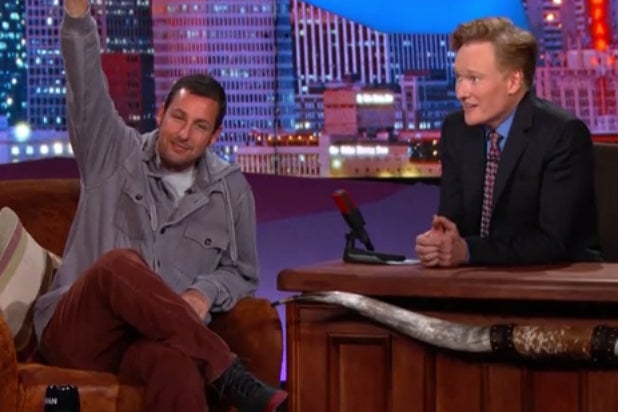 Adam Sandler played an elephant’s penis in one-on-one basketball, or so goes the “dumbest story” Conan O’Brien‘s “ever heard.”

While shooting “Blended” in Africa with Drew Barrymore, Sandler sized up an elephant’s six-foot penis and challenged it to a game of hoops, the comedic actor told the Dallas “Conan” audience on Monday.

“He was quick, he could penetrate the hole,” Sandler joked.

But the “Grown Ups” star had a plan: he left the human-sized phallus alone on the outside. After hitting a few open three-pointers, the elephant penis “shrunk down to three feet after some giant explosion,” he told Conan.

Sandler added: “I had to change my sneakers, but I ultimately won the game.”