Advertising execs, media buyers, press and Turner brass joined a slew of on-air talent in the Theater at Madison Square Garden. Wolf Blitzer introduced the mock Town Hall and the whole thing was a big hit with the crowd.

Check out some of our favorite moments.

Conan won the room early, saying that he loves “standing next to Anderson because it’s the only time in my life I feel ethnic. I thought I was pale. Anderson, you look like a fashion conscious White Walker.”

He also did an awkward dance while telling Barkley, “Look I’m taller than you and a better athlete.” 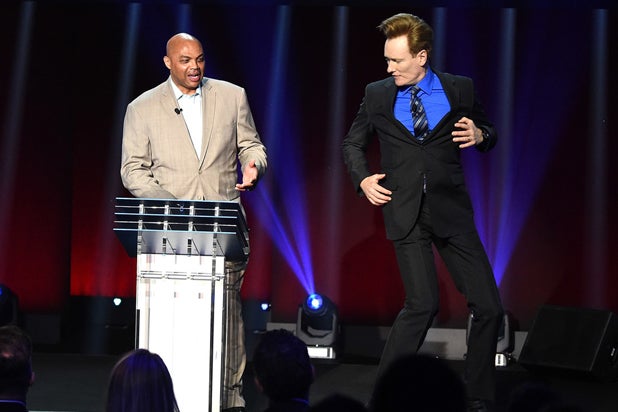 Shaquille O’Neal chimes in via Skype

When asked why Barkley was representing the company instead of him, the “NBA on TNT” studio host said, “Four-time NBA champions don’t do upfronts.”

To which Barkley responded, “We couldn’t get him out of bed.”

Barkley went on to joke that he would have won a few rings, too, if he was always kissing up to Kobe Bryant.

Reilly left Fox to become Turner COO back in 2014, while Levy is the company’s president. He also repeatedly pitched “Mr. Scholl’s,” which he claimed is a cheaper alternative to “Dr. Scholl’s.”

“I’m gay, and my eyes just glazed over,” the CNN host said when Barkley embarked on a rant about the NBA playoffs.

Also Read: What the Hell Are TV Upfronts? A Brief Explainer 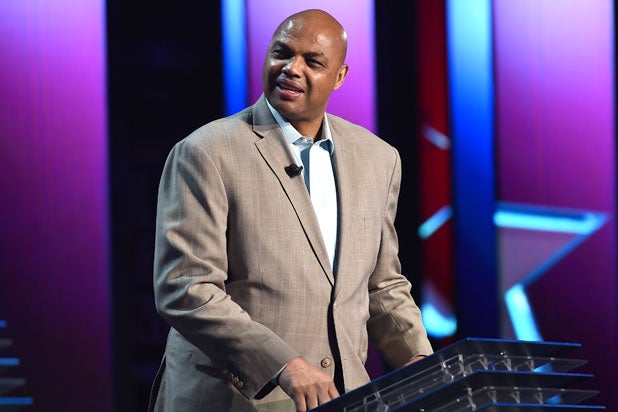 Sir Charles said, “I don’t know what re-imagining TV means” and “This is not my expertise” when asked about Turner’s outlook.

On the heels of Larry Wilmore mocking Blitzer at the White House Correspondents’ Dinner, the “Situation Room” host ended the segment with another CNN spoof. He interrupted the Town Hall with “breaking news,” before reporting the opening sketch is doing “better than expected.”