Conan O’Brien’s post-“Tonight Show” whine on “60 Minutes” helped spark CBS to a win in total viewers Sunday night, but it was the buoyancy of “Desperate Housewives” that gave ABC the victory in the all-important adults 18-49 demo.

Here’s a look at the ratings highlights: 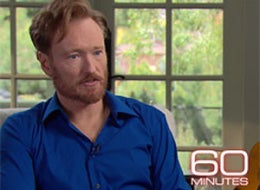 DESPERATE FOR ANSWERS: With yet another season full of intrigue beginning to come to resolution, ABC’s “Desperate Housewives” was up 9 percent to a 3.7/10 in the key adult demo and 12 million viewers.

NO BRET BOUNCE: A week after getting a huge ratings bump, with viewers tuning in for health updates on rocker Bret Michaels, NBC’s “Celebrity Apprentice” dropped 16 percent to a 2.6/7 key demo score and 7 million viewers.