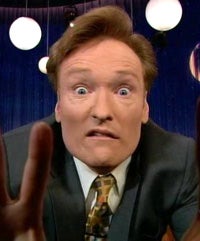 Part of the success of Conan O’Brien’s response to the NBC late night fiasco has been his ability to appeal to Internet geekdom (even if he doesn’t have a Twitter account himself).

One of the first things Team Conan did was post an ad on Craiglist, offering a "BARELY-USED LATE NIGHT TALK SHOW."

On Monday, O’Brien took it one step further, posting a personal ad in the classified site’s infamous “Casual Encounters” section:

In the ad, O’Brien describes himself as “6’4”, completely ripped, VERY Caucasian,” “currently homeless, must meet at your place” and “can go a whole hour (with scheduled breaks every 7-10 minutes).”

According to Comedy Central’s blog, that ad was quickly taken down, or “flagged for removal" in Craigslistspeak.

I e-mailed Craig Newmark to find out why, and will update this post when I do.

In the meantime, you can check out the screengrab (via the Daily What): 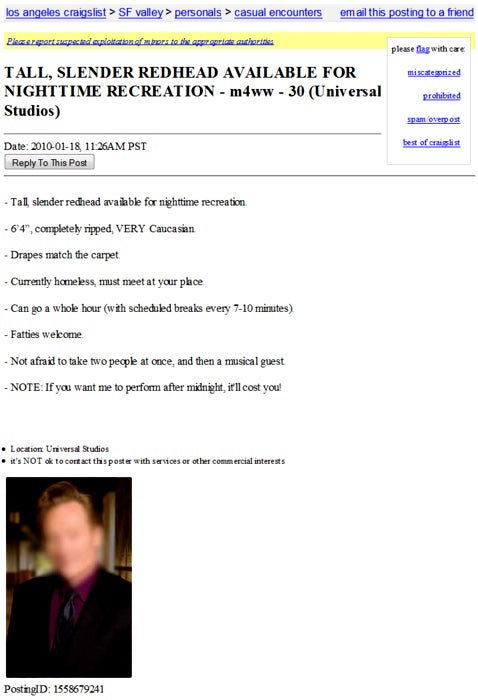