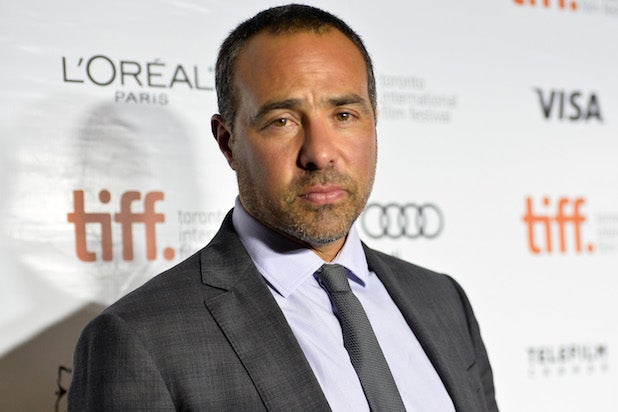 arrives at the "Parkland" premiere during the 2013 Toronto International Film Festival at Roy Thomson Hall on September 6, 2013 in Toronto, Canada.

Three months before Sony releases Will Smith‘s football drama “Concussion,” its director Peter Landesman has signed with CAA, TheWrap has learned. He was previously represented by WME.

Landesman launched his filmmaking career by writing and executive producing the Kevin Kline drama “Trade” before making his directorial debut with the 2013 ensemble movie “Parkland,” which chronicled the assassination of President John F. Kennedy.

“Concussion” is Landesman’s highest-profile project yet, with Smith starring as Dr. Bennet Omalu, the first person to diagnose NFL players with CTE — a brain condition that comes as the result of repeated head trauma. His discovery puts him at odds with the NFL, which hoped to keep Omalu’s research out of the public eye.

“Concussion” has already garnered its fair share of controversy in advance of its Christmas Day release. Ridley Scott produced the film, which co-stars Alec Baldwin, Gugu Mbatha-Raw, and Albert Brooks.

Watch the “Concussion” trailer below and let us know if you plan to see the film over the holidays.