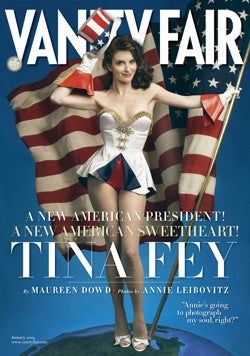 At least 13 people were let go at the Graydon Carter-edited title on Thursday, the New York Post first reported. Seven others were canned at GQ.

According to Gawker, Carter was not in the office Thursday, when the layoffs were announced — he was on a plane en route to Bermuda.

(According to the Awl, most of the employees laid off at Vanity Fair were women.)

This comes on the heels of cuts at Allure, Architectural Digest, Brides, Condé Nast Traveler, Golf Digest, Golf World, Glamour, Vogue, W and Wired, as well as the restructuring of its digital and corporate sales groups – putting the total number of cuts made by Condé Nast in the last two weeks around 300.

Expect more blood to drip from 4 Times Square on Monday. And Tuesday. And …