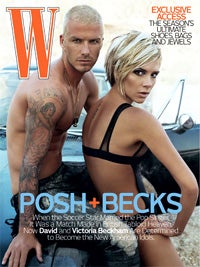 Condé Nast announced on Monday that Stefano Tonchi, editor of the New York Times’ T magazine and style editor for NYT mag, will become the new editor-in-chief of the company’s single-letter title: W.

Last week, Condé Nast moved the consumer-facing W out of the Fairchild Fashion Group, where fashion trades like Women’s Wear Daily operate. As part of that announcement, the publisher said W editorial director Patrick McCarthy would relinquish that post, though continue as FFG chairman through the end of the year.

Tonchi – who once worked for Condé Nast’s Self — begins the W gig April 12.

W is big and glossy, but it’s gotten downright waifish in recent years. Ad pages for the magazine fell more than 45 percent in 2009.

Meanwhile, at the Times’ newsprint edition, beats are changing: Kate Taylor, a former reporter at the New York Sun who was hired by the Wall Street Journal to fill out it forthcoming New York section, is joining the Times’ culture desk; reporter Kit Seelye is filling in as the Times’ New England correspondent while Abby Goodnough is on maternity leave; and Rod Nordland is moving to Kabul from the Times’ Baghdad bureau.

You can read the paper’s memo about those moves over at Gawker.