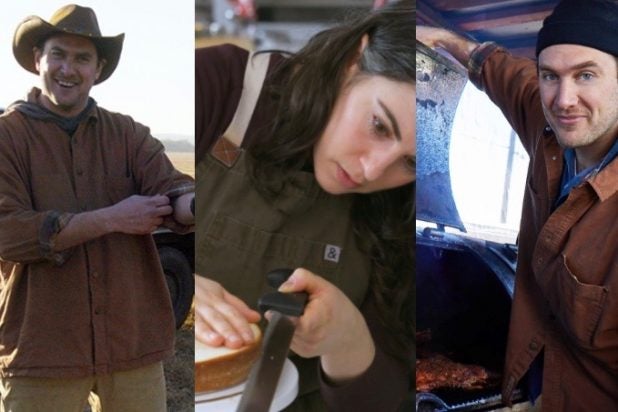 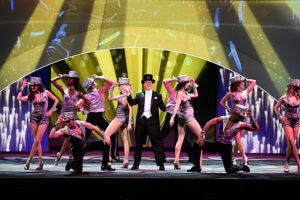 How the WGA Crisis Has Rocked the TV Business: ‘Best Staffing Season in Years’ or ‘Complete S– Show’

5 Questions: ”What the data has told us is audiences are watching more and more of our content in longer and longer episodes,“ Condé Nast Entertainment president Oren Katzeff says

While Jeffery Katzenberg’s Quibi is dedicated to producing premium short-form content that it expects will resonate better with mobile audiences, Condé Nast Entertainment has found success with the opposite approach.

That focus has paid off with a record 400 million YouTube views in March, and 1.9 billion minutes watched, he said. “That’s not just us doing two- to three-minute-long videos,” he said. “We’re making much longer content and our audience is watching it in droves.”

In addition, Vanity Fair’s “The Great Pretender” will explore how actors master technical skills for their roles; GQ’s “Grails” offers style tips for men; Allure’s “Seeing Triple” is a makeup competition show; Wired’s “Mind Magic” explores the how and why of optical illusions; and Bon Appétit’s “The World’s Kitchen,” follows Andy Baraghani as he visits iconic local restaurants from around the world.

Katzeff, who joined Condé Nast last November as global head of programming at Tastemade, discussed his strategy of increasing the volume of quality digital content, emphasizing longer-form content and spinning off brands into independent channels.

1. Last year at NewFronts, Condé Nast announced over 60 pilots and 30 returning series. How has this push into video worked out?

The best way I can answer that is by asking: Is what we’re doing working? And the best way to answer that is to say that we are bringing back 50 of the series that we launched last season, which is a real testament to, not just us creating a lot of content, but a lot of content that is doing well over 1 million views an episode. Our audience is loving it and there’s advertiser demand for it. We also have 40 new series that will be launching across our brands.

When you dive deeper into what kind of content we are creating, one thing we have really been focused on and what the data has told us is audiences are watching more and more of our content in longer and longer episodes.

2. Why is NewFronts important for Condé Nast, a well-known entertainment company that doesn’t necessarily need the PR?

We are very well known obviously for the brands we have and for being as strong as we are in print. And video is a bit new for us, but it’s an area that I think we’ve really overachieved in and that we’re continuing to innovate on and do great things in. So the NewFronts is a great opportunity for us in a general to make these kinds of announcements that the industry isn’t used to hearing from us.

The NewFront represents a really unique, significant time for us to be able to do both those things: announce our presence as a video authority, announce our new products and all the reasons for advertisers to get excited about what we’re doing.

3. At last year’s NewFronts, CNE’s focus was tied to launching OTT apps for its popular array of brands like Bon Appetit and Wired. What’s the focus this year?

From a content standpoint, I’d say it’s really about the growth of our operations and offerings and the success we’ve had and building off of that. Now it’s about continuing in the volume of shows that we are creating, so that is one area of focus.

Two is the emphasis on long-form content TV, really putting us now in the arena of having a TV-like offering from both a quality and length standpoint, and an audience-engagement standpoint.

And three, as our brands have had really tremendous success on YouTube and other platforms, we’re starting to independently spin them off. So if you look at a channel like GQ, which is a leader in men’s style, we announced a spinoff channel called GQ Sports where we are going to be telling the GQ story but from the eyes and lens of athletes. That’s just the tip of the iceberg and the only announcement I’ll make on that front, but there’ll be more of those to come.

We have now amassed massive audiences who love the content that we’re creating across these brands and were now looking at niche spinoff channels to really hit home on the specific type of content our audience is looking for.

4. vMVPDs, both paid and ad-supported, are gaining a lot of attention. (Combined, Pluto TV and Xumo have over 20 million monthly users.) Any plans to launch a 24/7 channel on any of these platforms?

At this point in time, no. We’ve got our Wired OTT channel, we’ve got Bon Appetit OTT channel and what we’re doing in both those areas is we are building our programming slate.

5. In the realm of social media platforms, where does Instagram’s 11-month-old video service IGTV rank for you — especially since it doesn’t offer much opportunity for monetization?

We’re on IGTV and I really like what they’ve done with their product and making it available in the feed and driving more audience to it. And really what you’ll see with our strategy in general, is we’ve applied what I like to call a very smart business discipline to the content we’ve been creating and the platforms that we’ve been distributing it to.

One of the nice things about the tremendous success that we’ve had on YouTube and even on our own O&Os, is that we’re able to sell directly to those platforms. We have a really strong sales team here who does a great job on those platforms allow us to really sell inventory against our high-quality content to our brand partners.