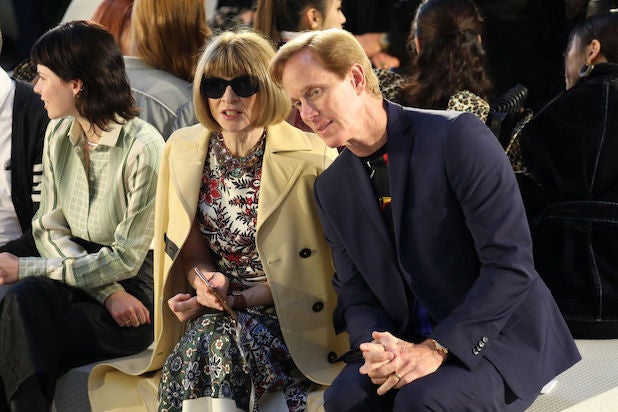 Condé Nast — the publisher of magazines like The New Yorker, Vogue and Vanity Fair — will be instituting pay cuts and furloughs across the company in response to the economic damage caused by the coronavirus pandemic, chief executive Roger Lynch announced on Monday.

In a memo sent to staff on Monday and provided to TheWrap, Lynch said that any employees making a base salary of $100,000 or more would be receiving temporary pay cuts ranging from 10-20%, beginning on May 1, for at least five months. Lynch himself and external board members would be taking a 50% cut, while the remainder of the executive leadership team would be taking a 20% pay cut. (A Condé Nast spokesperson confirmed to TheWrap that Anna Wintour would be one of the executives receiving the 20% pay cut.)

Lynch also said that certain roles, “in particular where government programs and stimulus packages can help supplement employees’ earnings,” would have reduced work schedules or furloughs in order to help the company “preserve jobs and benefits.” The company-wide changes may also lead to the elimination of certain job roles, with Lynch adding that “several hundred open positions” have now been closed and that only critical positions will be filled.

“While we aren’t as solely dependent on print and digital display advertising as some of our competitors, globally, we will still see a substantial impact from this crisis on our business,” Lynch wrote. “The ELT and I recognize it’s very likely our advertising clients, consumers, and therefore our company, will be operating under significant financial pressure for some time. As a result, we’ll need to go beyond the initial cost savings measures we put in place to protect our business for the long term.”

Lynch said he expected that “complete communications” regarding these changes would take place by the end of May.

“I recognize these are extremely challenging times both personally and professionally, and that any amount of added uncertainty is stressful. As a leadership team, we’ve continued to work to do everything possible to protect jobs, limit impact to lower wage earners, and continue to provide benefits to individuals and their families through this time,” he wrote. “Thank you for your support during this critical time for our business.”