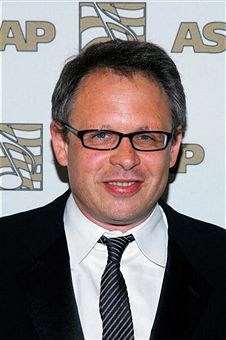 Talk about a shocker!

Bill Condon ("Dreamgirls") is in negotiations to direct "Breaking Dawn," Summit’s bigscreen adaptation of the fourth book in Stephenie Meyer’s "Twilight Saga," which will be split into two movies that will shoot back to back, reports Deadline.

Honestly, I never thought that one of the "A-List" filmmakers on Summit’s shortlist would actually accept the job, but now that it appears that Condon has, I have to say that my gut reaction is that Summit made a questionable decision.

First of all, Condon’s name has no cache with the "Twilight" fanbase, not that that means anything, since they’ll go see "Breaking Dawn" whether it’s directed by Steven Spielberg or Uwe Boll. (I promise that’s the first and last time I’ll mention those two in the same sentence.) But unlike someone like Gus Van Sant, Condon isn’t bringing his own fans to the theater. Van Sant has a devoted group of fans who will go see his every movie, whether’s it’s about a gay rights activist ("Milk") or just two guys having an existential crisis in the middle of the desert ("Gerry"). Who is an active fan of Bill Condon, who liked his adult dramas enough to go see a movie that’s completely unlike the others?

Second, Condon doesn’t exactly have commercial sensibilities. "Gods and Monsters" and "Kinsey" were both solid movies but neither made money. Meanwhile, "Dreamgirls" grossed $154 million worldwide ($103 million domestic) on a $75 million production budget (the most expensive movie ever with an all-black cast) that doesn’t include the film’s $40 million advertising budget. Older people went to the movie because it was based on a popular Broadway musical and younger people went because it starred Beyonce and "American Idol" cast-off Jennifer Hudson. My point is, Condon wasn’t the reason "Dreamgirls" was successful. If anything, he was the reason it didn’t win the Oscars it was expected to … because the movie wasn’t quite as good as it could have and should have been.

If anything on Condon’s resume suggests a filmmaker who would be comfortable directing a teen romance involving wolves and vampires, it’s Condon’s little-known first feature film, "Candyman: Farewell to the Flesh," oddly enough. That 1995 New Orleans-set sequel was Condon’s widest opening weekend release and was better than average for a slasher retread, outgrossing both "Gods and Monsters" and "Kinsey."

Don’t get me wrong; Condon is one of the better directors working in Hollywood today. I just don’t see how this choice makes sense for the "Twilight" franchise. Why does it need "classing up," so to speak? Will Condon’s presence behind the camera actually make the material better than it has a right to be? Will his directorial chops bring more people into the theater? Only time will tell, but for now, let’s chalk this one up to another Hollywood head-scratcher.

Should Condon and Summit finalize a deal for the "Twilight" double feature, the director would have to push his adaptation of "Salmon Fishing in the Yemen" for Fox Searchlight, which had been experiencing casting difficulties. Condon is also planning to direct a Richard Pryor biopic that will star Marlon Wayans.