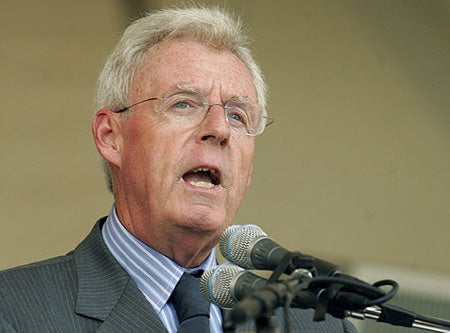 Peter Gammons – easily the most famous journalist covering the sport of baseball – has decided to leave ESPN.

In a statement released Tuesday, Gammons said he will leave the network after this week’s baseball winter meetings, which are under way in Indianapolis.

"My decision to leave ESPN and move on at this point in my life has been conflicted," Gammons said. "I owe a great deal of my professional life to ESPN, having spent more than half of my 40 years in journalism working for the network, and the choice to move on was made with nothing but the strongest feelings for the people with whom I worked. ESPN gave me a great deal more than I gave it, and will always be a huge part of who I am."

(In a cool bit of irony, Gammons, who began his career as a print journalist at the Boston Globe in 1969, was a trending topic on Twitter today.)

Gammons, who joined ESPN in 1989, had a brain aneurysm in 2006. It sidelined him for three months.

New challenges? Who knows? Maybe Gammons wants to pursue a career as an electric guitarist full-time.