Bush will make history as Missouri’s first Black female Representative when she takes office in January 2021. She will be interviewed at the Summit by Emmy Award-winning journalist Soledad O’Brien about her life journey, from leading the Black Lives Matter protests in Ferguson, to leaping into elected politics with no financing, no party backing and no formal experience. 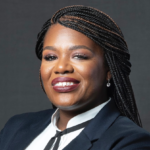 Congresswoman-Elect Cori Bush is the Representative-elect for Missouri’s First Congressional District in U.S. Congress. She is also a registered nurse, single-mother and ordained minister. Following the murder of Michael Brown Jr. in St. Louis by a police officer, Bush became a civil rights activist and pastor organizer fighting for justice for Black lives on the streets of Ferguson and across the country. She won a historic election on August 4th, 2020, defeating in the primary an incumbent from the Democratic Party who was the scion of a 52-year family dynasty. She won elected office on November 3.

Bush first ran for the Senate in 2016, lost and ran for Congress in 2018. Her 2018 campaign journey was profiled alongside Alexandria Ocasio-Cortez in the Netflix film “Knock Down the House,” a documentary about four working-class women who challenge big money politics in the race for Congress. 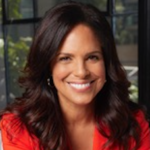 Soledad O’Brien is an award-winning documentarian, journalist, speaker, author, and philanthropist, who founded Soledad O’Brien Productions, a multi-platform media production company dedicated to telling empowering and authentic stories on a range of social issues. She anchors and produces the Hearst TV political magazine program “Matter of Fact with Soledad O’Brien” and is a correspondent for HBO Real Sports. O’Brien’s work has been recognized with three Emmy awards and two Peabody awards.

The Summit is free to attend for the first time. To register for a pass: wrapwomen.com/power-women-summit