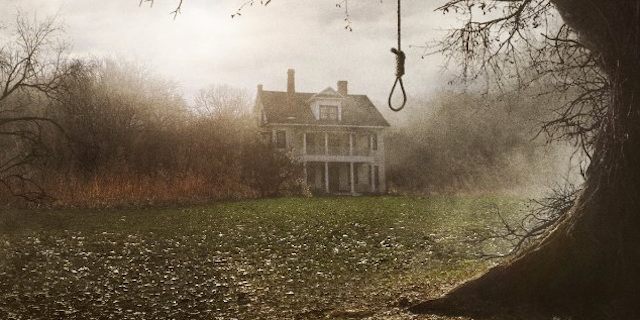 The woman who lives in the Rhode Island house on which "The Conjuring" is based has been seeing spooks since the James Wan-directed horror movie hit theaters last weekend.

“We haven’t slept in days,” Norma Sutcliffe told local paper The Woonsocket Call. “Because we wake up at 2 in the morning there are people with flashlights in our yard.”

Also read: Box Office: How Horror Films Like ‘The Conjuring’ Win by Scaring Up Young Women

Unlike the Perrons, the family the film depicts being haunted by dangerous spirits in the 1970s, Sutcliffe — a woman in her late 60s — has been struggling to ward off the living.

“I’m up in the middle of the night screaming at people to get off the property," she said.

Sutcliffe says Warner Bros. had approached her to appear on television programs as part of the studio's effort to promote the film, but she turned down the requests because she does not "want anything to do with this movie."

And those offers to appear on television is the closest to compensation Warner Bros. has offered.

“All we get is the consequences," Sutcliffe complained. "It is not our story but we are the ones who are suffering.”

Warner Bros. did not yet respond to TheWrap's request for comment.

On top of complete strangers trespassing on her property, Sutcliffe says she's getting phone calls from strangers, too. Although her number is unlisted, she believes it is easily attainable on the internet, along with her address.

"All it takes is one crazy to do something. There are already threats on the Internet that ‘wouldn’t it be fun to break into that house?’" Sutcliffe said. "Our barn is very vulnerable and there is a big story connected to the barn about supposed hangings. Can you see kids breaking in and doing a séance with candles and having it burn down?”

The Warrens, the real-life husband and wife team of paranormal investigators who are played by Patrick Wilson and Vera Farmiga in the movie, must have done their job when the Perrons reached out for help: Sutcliffe says she has seen no sign of paranormal activity in her home of 25 years.